Culture hacking: 5 examples you can borrow

Want to shake up your organization's culture and infuse a more innovative mindset? Consider these five real-world ideas 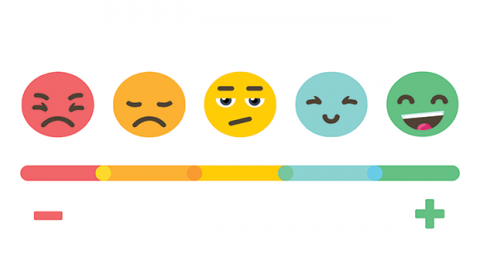 Many large, established organizations have a status quo culture, meaning they are risk averse and prefer the existing over the new. This is dangerous in times of accelerating change, since it holds innovation back. Organizations need to transform from the status quo to cultures where all employees are innovators and thrive in constant change. The best companies understand this and continue to strengthen their innovation cultures by “culture hacking.”

Here are five powerful culture hacks that some of the best companies out there are using to build a strong innovation culture - and five solid ideas to borrow or to inspire your own culture hacks.

Water pump manufacturing giant Grundfos has created a “digital factory” that develops the company’s IoT solutions. This office is situated adjacent to headquarters with a different interior design. In fact, Grundfos changes the interior design every once in a while to ensure that the employees continuously experience change. Neurology research shows that change, under the right circumstances, generates enthusiasm. Shaking things up every now and then stirs up curiosity and excitement. This is good for innovation.

2. Get creative with recognition awards

At Google, certain departments hand out a Courageous Penguin award. The idea behind the award comes from how penguins stand by the edge of an iceberg and consider jumping in the water. One has to be first, but the first penguin doesn’t know if it will hit water or ice beneath the water. Therefore, it takes a courageous penguin to take the first leap. With the Courageous Penguin award, Google recognizes similar courage in its employees as a way to amplify a culture in which people dare to do things even when they don’t know whether it will work out beforehand.

Amazon has invented the institutional “yes,” which means that bosses who reject a project idea from an employee must write a two-page argument about why they’ve said no and publish it on the intranet. With this strategy, Amazon adds friction to saying no and forces a boss to think twice and give the idea the attention it deserves. This increases the number of "yes"es and bolsters Amazon’s innovation power.

IBM in the Nordic region holds “reverse mentor” sessions, where senior executives shadow young employees for either a half or whole day to better understand them. Learnings from these reverse mentor sessions are used for both leadership and innovation purposes.

[ Could this work for your organization? Read also: How to succeed with reverse mentoring: 7 steps.]

Maersk Growth, the logistics and shipping giant’s venture arm, has set up a “culture club” where employees investigate what kind of culture they want, and how they establish cohesion with the rest of the organization’s set of values. They also hold “growth corners,” which are half-day events when employees can pitch new ideas, experts are invited to hold talks or anyone can take the microphone and talk about what’s on their mind. These initiatives are designed to foster a culture of openness and trust, which increases innovation output.

These are just some in a long list of cultural hacks that can be implemented to strengthen a company’s innovation culture. Many cost nothing. That doesn’t mean, though, that they’re easy to implement. It requires both motivation and persistence.

Someone needs to take the lead and insist on implementing the hacks – not only initially, but also the fifth, sixth and seventh time when not everyone is excited about the new initiative. Doing it and maintaining continuity until the culture hack becomes part of the organization’s everyday culture is a significant step in moving a company beyond the status quo. 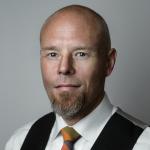 Kris Oestergaard is a sought after speaker, facilitator, researcher and expert on innovation in legacy organizations, corporate cultures and exponential organizations. He is co-founder and Chief Learning and Innovation Officer at SingularityU Nordic, a collaborative venture with Singularity University in Silicon Valley.
More about me

Are you in need of WhatsApp account hack including 8 month ago conversations, images and deleted messages and it will be hacked remotely without the target knowledge, contact VLAD BOGDAN on newworldhackers12@gmail.com you can also contact him for:
Clearing of criminal records
Boosting of credit scores
Changing of school grades
Hacking of other social media account like:
Facebook
Snapchat
Instagram
Twitter
Text messages etc..
Also text them on whatsapp: +79037124262

I strongly recommend the service of a GREAT Hacker to you and his email is
(CYBER.LORD1010@gmail.com) I have used him quite a number of times and he has never

He does all types of mobile hacks, get unrestricted and unnoticeable access to your

address etc. He can also help you boost your credit score limit and also clear all debts on

Getting the job done is as simple as sending an email to (CYBER.LORD1010@gmail.com) stating

what you want to do.and his services is cheap and affordable.

I was pretty lumpish in my younger days and got arrested over 23times went to prison 4 times for burglury theft possetion driving while revoked ect ect ive been off paper now for allmost 10 years but my criminal past has really cept me from getting a good job and i still cant afford to get my lisence back im a very good carpenter and have been working construction fo the last 10 years i cleaned up my act i want to get my contractors lisence but it feels impossible to achieve until i contacted Hack Tom's who erase my rap sheet, i am free and i have gotten all my licenses.Get in touch with him at reliablecybersolution58atgmailcom or whatsapp +1 662 727 5740

I checked my credit score few months ago and it was around 330 because I had JUST messed it up and i need to upgrade it. Then a few months later it is in the low 300's. So i decide to explain to my cousin if he have a good hacker who can help me get my score up and he introduce me to creditspy, to cut the story short he helped me increase my score from 300 to 800 and also delete my criminal record , i'm so grateful to him and this how i can appreciate his good work contact him now for good job and t doesn't affect it back and it dose not bounces back (CREDITSPYGENIUS AT GMAIL DOT COM)

My credit suddenly increased from 420 to 840 within a short time with the help of ARSTRONG HACKER Someone from here linked me up with him. I was scared because have been a scam victim before online.but to my surprise he got all my information and my credit was fixed in 1 weeks,with this i highly recommend him , He is reliable and also good in all sort of hacks ranging from(whats app , Facebook, text message) etc. My wife has always been playing smart on me but with the help of i won the case.i never knew i have been living with a cheat in my house i noticed that she picks a particular number and once she picks she always hid in answering the call before then i have always wanted a divorce then i didn't have any proof but i knew she was cheating but with the help of that great hacker ARSTRONG he helped me hack into my wife phone and under 24 hours i got results from my wife phone right in her phone i saw that number that has been calling her all the time and i got to see her text messages with the person telling them self how much they loved there self i also saw there pic they snapped always at the mans house i was so disappointed but am happy i won the case thank to this great hacker.Contact him via arstrongcyberwizard@yahoo.com or whatsapp +14409415820 GOD bless you for me always thanks

GREETINGS EVERYONE, are you looking for a LEGIT and Trustworthy HACKERS with 100% Guarantee and you want to get your job done urgently withing one Hour or you are face with delay and unnecessary excuses and error on your job?. Then Worry no more because easyhackingguru@gmail.com are the Best Bet in any hacking Services. They are ready to render and attend to your job with swift response and No delay at all.

Their services are outlined as follows:

. PROFESSIONAL in any BANK ACCOUNTS TRANSFER

. SALES OF SPYWARE and KEYLOGGER SOFTWARE

. RETRIVAL OF LOST FILES and DOCUMENTS

. ERASE and EXPUNGE of CRIMINAL RECORDS

. SALES of ATM CARDS in WHITE

CONTACT: their services at easyhackingguru@gmail.com and you will be glad you did

To tell you the truth, there are only a few hackers out there who know the dynamics about hacking, only a few of them are experienced and know how to hack and i have been opportune to work with one of them,whom i would describe as the hacking god. He’ll do any of your hacking jobs ranging from credit change,grade change,bank account hacks,deleting criminal record e,t,c he also makes original international passport for different countries contact them on BETTERCREDIT247@GMAIL.COM and thank me later.

Men are usually the villains when it comes to infidelity but women cheat too…I was a good father and husband I was always there for my kids and ex-wife, I trusted her so much and I had no reason to look back. Little did I know that I was being played for a fool by the woman I gave my life to…I couldn’t get access to her phone so I went online to find someone top do it for me…it requires courage as the result will definitely break you but in my case it was the best and toughest decision ever however, I am glad I got out the one-sided marriage, this guy helped me contact internetwebport737 at gmail dot com, or text: +17853259842

I always wondered how I could boost my score after constantly getting ripped off by lenders, credit card companies and banks due to my poor credit but BETTERCREDIT came through and I can't thank them enough, they changed my life and now I can boast of having a home. He can fix your credit report and increase your scores in just 1 week, yes, I just said that!! Hit them up. Email BETTERCREDIT 247@ GMAIL Dot COM