Creating a sense of urgency: How to deal with critics during change

When you strive to create a sense of urgency around a project or goal, you need to confront the critics. Use these six strategies 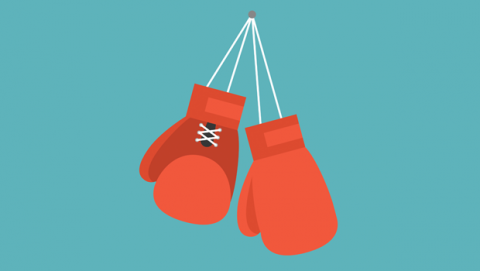 As a leader, you will face multiple obstacles to establishing the sense of urgency that can be crucial to any change initiative – perhaps task-focused processes, bureaucratic processes, a complacent culture, or a misguided sense of security. One of the biggest drags on urgency, however, is the vocal critic.

Naysayers can thwart attempts to create excitement and energy around an initiative and, even when they don’t actively resist a change, their negative sentiments can infect the larger team.

“It is much easier to be a critic than an agent of change.”

“Change is hard. Unless you build a deep conviction of what will work and why (free of ego and blind spots), the critics will grind you,” says Wade Chambers, CTO and senior VP of engineering for health technology company Grand Rounds. “They will be impatient and persistent, they will detect flaws in execution, and they will be effective in doing so as it is much easier to be a critic than an agent of change.”

Confronting criticism during a time of change, therefore, may be job number one for the IT leader who wants to create a sense of urgency around a certain project, strategy, or goal.

[ Want ideas on how to model urgency for your team? Read also: 20 ways to create a sense of urgency. ]

Dealing with detractors may not seem the most pleasant task, but it can pay off not only in terms of clearing the way for urgency, but also in uncovering what else might be preventing more effective and swift action.

Here are six things leaders can do to address critics during change:

This is one of the best ways to minimize criticism before it starts, says Rob Llewellyn, founder of CXO Transform, which offers a digital transformation framework. Make sure everyone knows what the plan is. Even better, involve people in the decision-making processes from the start.

As part of the ongoing communication about and marketing of the change initiative, strategy, or goal, make sure everyone (critics especially) understands the guiding principles of the initiative/team/organization and how they support the achievement of the CEO’s strategic objectives, Llewellyn advises. Often, concerns arise out of confusion around how the change effort actually fits into the big picture.

3. Show the critics that they matter

The worst thing you can do is ignore – or try to silence – detractors. More than anything, critics want to make sure that their thoughts and opinions are important. “Get people to feel their concerns are heard and understood, and how valuable they are to success,” Llewellyn says.

Assign the role of devil's advocate to critics, to entertain and encourage a wider scope of perspectives.

Skeptics and resistors are often classified as nuisances or dismissed. “When this happens, a valuable source of knowledge gets dismissed as well. If an employee makes an independent effort to weigh in on an issue or potential solution, the organization multiplies the possibilities it has for consideration,” says Dr. Deb Kirby, founder of Imaginal Wisdom, a leadership development and culture-building consultancy.

“Dealing with behavior seen as an obstacle takes attention and effort away from the problem. Instead, organizational leaders can actually assign the role of devil’s advocate to critics, to entertain and encourage a wider scope of perspectives.”

Engaging with outlier opinions rather than repressing them has several benefits, according to Kirby. It can create a strong, more comprehensive problem resolution than unilateral decision-making. It can uncover inaccurate or unconscious assumptions early in the process before solutions are implemented. And finally, “demonstrating the organization values diverse viewpoints helps enhance employee engagement in the most positive way,” Kirby says. “In response, they may become more attentive and cooperative about their observations instead of reactive or pessimistic.”

“Any form of engagement with change needs to be seen as positive,” says Mindy Bostick, global people and change lead at North Highland Worldwide Consulting, who works closely with CIOs and other C-suite executives. “Having neutrality or indifference toward [critics] is ultimately more damaging.” Taking the time to understand what it is behind the resistance – ideally getting to the root cause – should be the goal.

IT leaders who can apply their emotional intelligence skills will be able to understand what motivates the skeptic as individuals in order to determine whether the concern is valid. “If it is founded, involve them in improving the change,’ Bostick advises. “If it is unfounded, use your understanding of their motivations to work through how to make sense of the change with them.”

MORE ON SENSE OF URGENCY

While some critics are genuinely trying to be helpful or bring important problems to the fore, others may criticize out of fear or to feel superior. In the latter cases, publicizing forward motion is important.

“The key to surviving critics is by doing the work and looking for and celebrating signs of life while accepting that critics are going to criticize,” says Chambers. “Celebrating when the changes are clearly having the desired result will generally have a very quieting effect on critics. Focusing on the result will help get you past human frailty: yours and/or the critics’.”

[ Want more advice on this topic? Read also: How to create a sense of urgency without stressing out your team: 7 tips. ]

Why digital transformation demands a change in leadership mindset