Opioid abuse: A quiet but real talent concern for CIOs

Coping with opioid abuse in the workplace presents a labor enigma for chief information officers. It's affecting the IT talent pool - but rarely discussed 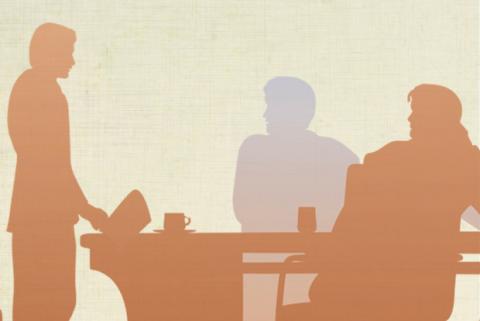 Now, another concern, one that most IT leaders acknowledge, but largely ignore, must be added to their worry list: the precipitous rise of opioid use in the U.S. workforce.

"The problem isn't that opioid abuse is getting worse, it is getting exponentially worse."

The on-ramp to opioid use is often attributed to pain: A Princeton University study on pain management, fielded across a sample of 7,000 males age 25-54 – the same gender/age cohort that constitutes 79 percent of America’s technology workforce according to CompTIA - reveals just how prevalent pain is among workers. Respondents to the Princeton study claimed a remarkable 30 percent of their day was “spent with pain.” Although 53 percent of that group said they took nothing to assuage their pain, 20 percent admitted they “took pain medication yesterday,” mostly a combination of prescription and over-the-counter drugs.

Let’s be clear. Taking ibuprofen to relieve nagging head, back, leg or neck pain is not a gateway drug to opioids. But the persistent presence of pain in the workplace is a perilous issue chief information officers must now confront in an era where “buying drugs online is only slightly more challenging than hopping on Amazon to stock up on school supplies,” says Jessica Baron, a technology ethicist.

[ Leaders, do you know how to begin with difficult topics? Read also: How to have tough conversations. ]

Opioid use is rising rapidly rising throughout the U.S. workforce. Emily Feinstein, executive vice president for the National Center on Addiction and Substance Abuse says, “the problem isn’t that opioid abuse is getting worse, it is getting exponentially worse.” The National Survey on Drug Use and Health states that 11.4 million Americans misuse prescription opioids, 2.1 million have an opioid use disorder, and 47,600 individuals die each year from an opioid overdose.

Opioids' impact, by the numbers

Do the math. That equates to 8.3 percent of the 162 million U.S. civilian workforce, or nearly one in every 10 workers. Eric Sigurdson, CIO Practice Leader at the search firm Russell Reynolds, labels those numbers “compelling and frightening.”

A recent headline in The New Haven Register summed up well the state of the opioid epidemic when it pronounced “It’s An Everywhere Problem.”

The omnipresence of the opioid crisis worries Todd Thibodeaux, chief executive officer for CompTIA, who says, “the tech talent shortage has been exacerbated to a tragic extent by the opioid crisis. When the final tally is made, the loss to the tech workforce pipeline will number in the tens of thousands.”

65 percent of employers have governance policies which regard prescription drug use as a "justifiable reason to fire an employee."

Coping with opioid abuse in the workplace presents a labor enigma for chief information officers. The National Safety Council reports that although 71 percent of employers say “prescription drug use is a disease”, 65 percent have governance policies which regard prescription drug use as a “justifiable reason to fire an employee.” Within those parameters, it is unlikely workers will step forward to seek help for their addiction.

Opioid abuse is compounding an already tight labor market. In recent testimony before the U.S. Senate Banking Committee, Jerome Powell, chairman of the Federal Reserve Board, warned “opioids are taking a terrible toll on the labor participation rate and economic activity in our country.”

How terrible? The White House Council of Economic Advisors estimates that the opioid crisis annually costs $505 billion, mostly incurred by incremental healthcare, criminal justice and lost productivity expenditures associated with opioid abuse. That projects to 2.65 percent of the U.S. $19.4 trillion GDP. Curious as to what opioid abuse might cost your firm? Calculate 2.65 percent of your company’s revenues.

Awareness of the opioid epidemic is mixed among chief information officers. Some admit they “don’t follow the issue closely,” while others pay closer attention and express concern that “as the legitimate sources of obtaining opioids are closed off with better information and regulation it will push supply underground.” Internet searches looking for “CIOs” and “opioid usage in the workforce” return few results.

Where can CIOs turn for help?

Above ground, chief information officers can not expect much help from their firm. The National Business Group on Health, an organization that focuses on firms with 1,000 or more employees, reports although 80 percent of employers “are concerned about the abuse of prescription opioids, only 21 percent offer programs to manage prescription opioid use.” David Chase, author of “The Opioid Crisis Wake Up Call”, labels employers as “asleep at the wheel” and “unwitting enablers.”

To whom can chief information officers turn to for help? Respondents to the National Safety Council’s study were asked to gauge their confidence in organizational functions that “could correctly identify behavior that is a warning sign” of opioid misuse. By a factor of more than two to one, “the human resource department” was the top pick over “supervisors/managers/individual employees.”

While acknowledging the opioid epidemic is real, CIOs and IT leaders must stop taking a “not in my backyard” governance policy toward opioid addiction and assume the epidemic is present among their staff.

To deal other ways with the opioid epidemic is illogical, irresponsible, and inhumane.

[ Want to offer advice or feedback about this topic for your peers? Comment below or contact Gary Beach at garybeachcio@gmail.com. ] 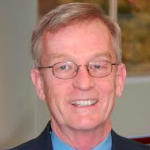 Gary Beach’s career spans over three decades in the information technology media business. He has held executive posts at McGraw-Hill and at International Data Group, where  he was publisher of Network World, Computerworld and CIO Magazine. In 1999, he was co-founder of CIO India.
More about me