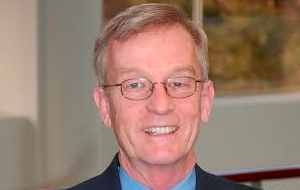 Gary Beach’s career spans over three decades in the information technology media business. He has held executive posts at McGraw-Hill and at International Data Group, where  he was publisher of Network World, Computerworld and CIO Magazine. In 1999, he was co-founder of CIO India. In August 2013 John Wiley and Sons published Mr.Beach’s best-selling book, The U.S.Technology Skills Gap.  In 2014 he became a columnist for The Wall Street Journal, where he writes regularly on the topic of technology talent. Mr. Beach also serves as chairman of the board for Tech Corps, a non-profit he launched that enlists IT executives to introduce the excitement of technology to young Americans.

Future of work: A case for the three-day weekend

Curiosity: Why leaders should make this the new word in hiring

Curiosity helps organizations innovate: So why don’t more leaders model it – and hire for it? As we...

Opioid abuse: A quiet but real talent concern for CIOs

Coping with opioid abuse in the workplace presents a labor enigma for chief information officers. It...