What are the most in-demand and highest-paying artificial intelligence jobs now? Where is demand strongest? How many jobs will AI create? Let’s examine the data 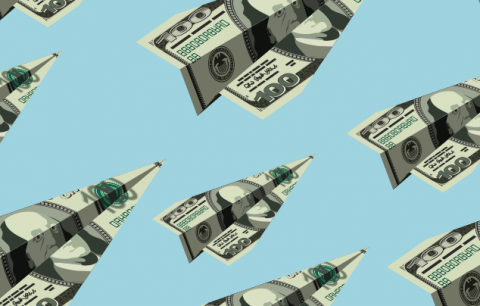 It’s no surprise that the artificial intelligence talent market is white-hot right now. The business value created by AI will reach $3.9 trillion in 2022, according to Gartner. IDC says worldwide spending on cognitive and artificial intelligence systems will reach $77.6 billion during the same year. And cognitive capabilities are poised to have an impact on nearly every corporate IT function.

AI and machine learning have the potential to create an additional $2.6 trillion in value for marketing and sales by 2020 and as much as $2 trillion in manufacturing and supply chain planning, according to the McKinsey Global Institute.

The number that matters most to IT leaders who increasingly will need AI professionals on their teams, however, is how much they are going to have to pay to bring these scarce, highly skilled individuals into the fold.

We gathered some of the more telling figures related to AI salaries, including which skills are seeing the biggest paydays, the most in-demand roles, shifts in supply and demand dynamics, hot hiring geographies, and the net number of jobs AI may create.

That’s the average salary for machine learning engineers, the highest-paying AI job title of 2019, according to job-posting site Indeed. That role came in third place last year. The salaries for these AI pros are up 5.8 percent over last year – well above the average 2.9 percent expected by human resources consultancy Mercer. Rounding out the top five highest-paying AI roles were data scientist ($126.927), computer vision engineer ($126,399), data warehouse architect ($126,008), and algorithm engineer ($109,313).

These engineers are expert in that subset of machine learning in which algorithms are inspired by the structure and function of the brain. They are in high demand in areas like autonomous driving, advanced robotics, and facial recognition systems. Deep learning could account for $3.5 trillion to $5.8 trillion in annual value, according to McKinsey Global Institute.

[ Read also: How to explain deep learning in plain English. ]

The number of AI jobs listed on Indeed from May 2018 to May 2019 grew 29 percent – still significant growth, but down from the 58 percent increase in the previous 12-month period and 36 percent two years prior. At the same time, Indeed saw a 15 percent decrease in candidate searches for AI roles, suggesting a potential shortage of AI experts for companies looking to hire them. During the previous 12-month period, those candidates searches jumped 32 percent.

The top metro areas for AI job openings were largely unchanged from Indeed’s 2018 analysis. As Indeed’s blog pointed out, “New York’s top position may surprise you, until you consider that it’s the home of diverse industries, from financial services to publishing — many of which are now adopting AI. Many West Coast-based tech companies (such as Amazon, Facebook, and Google) have a significant presence in the region. And New York has its share of AI-related tech startups, such as AlphaSense, Clarifai, Persado, and x.ai.”

The nation’s capital rose one position, while San Jose came down a notch. Similarly, Seattle was up for sixth, while Boston slipped one ranking down into that spot this year. Los Angeles, Chicago, and Dallas-Ft. Worth came in seventh, eighth, and ninth. Atlanta, which didn’t even rank last year, came in tenth, knocking Philadelphia off the list.

That's the number of new jobs that will be created as a result of AI-enabled automation by 2022, according to the World Economic Forum’s (WEF) 2018 Future of Jobs report. That’s nearly twice as many as the 75 million roles that the WEF research predicts will be displaced.

You will find a total of 7000 AI job openings in the United States, according to analysis by RPA firm UIPath. That puts America behind China, which has 12,000 openings, and ahead of the United Kingdom, India, Germany, France, Canada, Australia, and Poland.