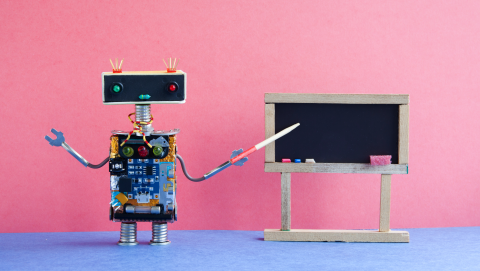 Robotic process automation (RPA) is already generating success stories in some organizations while simultaneously breeding skepticism and fear in others – likely unwarranted, in many cases. It’s a consistent pattern with new technology adoption.

By Gartner’s count, for example, RPA software ranked as the fastest-growing enterprise software category in 2018, and the spending arrow continues to point up so far in 2019. Analysts and other sources indicate similarly exuberant views of RPA adoption, as companies seek new efficiencies to enable their digital transformation and other initiatives.

Just what is going on here? To give you some context on RPA, we’ve gathered some of the most compelling stats. (For even more context, check out our recent collection of RPA must-reads, covering everything from success metrics to common misconceptions.)

Let’s get to the numbers.

Within the next two years, 72 percent of organizations will be working with RPA, Gartner predicts.

53 percent: More than half of respondents in Deloitte’s third annual RPA survey said they’ve already embarked on their RPA journey. Deloitte expects that figure to reach 72 percent in the next two years.

5 years: At the current rate of growth, RPA adoption will become saturated – meaning nearly every company will be using it in some form – in the next five years, according to Deloitte. In other words, RPA will reach near-universal adoption at some point in 2023, Deloitte predicts.

$846 million: The total amount spent on RPA software in 2018, according to Gartner. Competition among RPA software vendors for that spending was fierce. Gartner says that nine of the top 10 RPA software firms changed market-share position in 2018.

63 percent: 2018 spending on RPA software marked a whopping 63 percent increase from the previous year. By Gartner’s numbers, that made it the fastest-growing enterprise software category in the world last year.

$1.3 billion: This is not a short-term growth spike. Gartner projects that RPA software spending will total $1.3 billion in 2019. While RPA adoption – and the automation trend in general – transcends industries and other demographics, Gartner says banks, insurance firms, telecoms, and utilities are currently the leading adopters. The common ground among these firms? The need to maintain and integrate massive legacy IT investments while aggressively pursuing digital transformation initiatives.

78 percent: Like many technology waves, RPA adoption won’t be akin to flipping a light-switch on. Most organizations will expand their initial RPA implementation over time. 78 percent of respondents in Deloitte’s global survey who had already adopted RPA anticipate “significant” increases in their RPA investments during the next three years.

What about jobs? The RPA employment future looks bright: