How will you celebrate Pi Day? Consider these Raspberry Pi projects, submitted by tech enthusiasts 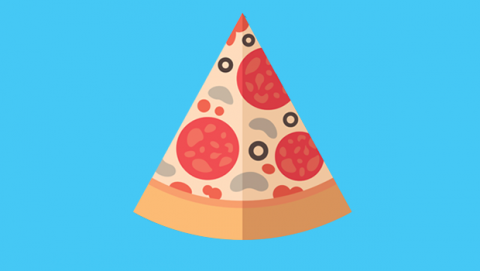 If you have a “slide the pizza under the door” IT team, celebrating Pi Day on March 14 is easy. Grab a few two-topping extra large pies and get back to work. Fortunately, in most IT teams today, culture has come a long way. These teams might appreciate celebrating with another popular Pi in the tech world: a Raspberry Pi – the small computer that puts the power of digital tinkering into the hands of all.

Raspberry Pi, the small computer, puts the power of digital tinkering into the hands of all.

We asked tech professionals to share the Raspberry Pi projects they’ve done with their teams at work. We also got a couple ideas for projects you can do at home with your family. On March 14 – or any day of the year – grab a slice of pizza and get to work on one of these team-building projects with Raspberry Pi, ranging from highly practical to extra cheesy.

“The combination of the Raspberry Pi with 3D printers and IoT technology can lead to some pretty insane results, limited only by your imagination and programming skills. One of the devices you can create with a Raspberry Pi is an IoT-friendly ‘smart microwave’ that takes nuking your food to the next level. With a revamped touchpad and voice-activated commands, now I don’t have to get up to make popcorn and interrupt my binge coding sprees.

“The microwave also includes a barcode scanner that can search online for cooking times, so that your food is perfectly optimized for consumption. If that wasn’t geeky enough, it can also send tweets, alerts, or instant messages to your social media accounts alerting you that the timer is done.

“If I need to check which employees left food or ‘blew up’ their coffee, no problem. The microwave allows you to access detailed statistics and can be controlled remotely. All of which can lead to some fun pranks around the office, as you can imagine.”

Milenkovic credits tech enthusiast Nathan Broadbent as the original creator of this invention. More details can be found on his site, Made by Nathan, here.

"My favorite things in life are cats, computers, and crappy ideas, so I decided to combine all three and make an IoT (Internet of Things) litter box using a Raspberry Pi and JavaScript! If you have ever wanted to build your own IoT project but didn’t know how to start, this is the project for you.

This project will help track your feline friend’s health by measuring its weight every time it sets foot on the litter tray, and monitoring its urination patterns. The equipment can be connected to a companion smartphone app that displays the relevant data in an easy-to-understand graph format, so that cat parents can quickly spot symptoms of unusual weight loss.”

Karlsson details the entire project here, including how to setup Node.js on a Raspberry Pi, how to connect sensors to a Raspberry Pi, and how to read the sensor inputs with Node.js.

“A universal language translator is one that can translate words in any language into another language of one’s choice. Building a real-time universal language translator will require a Raspberry Pi and a USB or a wireless microphone. On the software front, one will need the speech recognition library and any Python translating library; we have used the Google Translate library. This is an intermediate level project and should take less than two hours to complete.”

Detailed instructions can be found in this YoungWonks video.

“My Raspberry Pi project entailed building a Bitcoin Lightning node from scratch. I would recommend this project to any tech enthusiast who has an interest in Bitcoin or has heard of it and wants to learn more. There is no better way to learn about Bitcoin than actually running a node yourself as it allows you to create a Bitcoin wallet and then send/receive bitcoins. I also installed a Lightning Network node on top of this Bitcoin node which enabled the use of Bitcoin Lightning payments from the Raspberry Pi (the Lightning Network is a Layer 2 technology that uses Bitcoin to facilitate instant transactions).

“This project involved running Raspbian OS on a Raspberry Pi and installing Bitcoin Core and LND. At the end of doing a project like this, you should have a fully synced Bitcoin and Lightning node, which can then be used for a variety of other projects that utilize Bitcoin.”

Lakin included how-to details in his article, My Weekend Setting Up A Bitcoin Lightning Node on a Raspberry Pi.

“One fun project for kids and adults with a Raspberry Pi is to set up a music creation machine. The newer units Pi (3B+) have plenty of speed and memory to handle running Reaper, a fully-functional Digital Audio Workstation (DAW) software similar to Pro Tools. Install a copy of Raspbian, then download the Linux ARM version of Reaper from https://reaper.fm. Install any audio plugins you’d like to use, then plug in a USB audio interface, MIDI keyboard, drum pad or USB microphone and start making music!”

“Whether it’s an after-school program or a workshop at a Tech Fair, we have found opportunities to integrate Raspberry Pis into the hands on-activities we host with students in our local communities. This puts the technology right in the hands of the students and gives them a feel for how technology can be used. Raspberry Pis have also been a huge enabler to act as a computer when integrating with other technologies, like MicroBits. Raspberry Pi fan favorite activities include a Minecraft game, and using the Pi to integrate with MicroBits for a rowdy game of rock, paper, scissors!”

Bergevin references sites like Microbit.org and Projects.RaspberryPi.org for new ideas.

You can also check out Opensource.com for six more Raspberry Pi projects designed to make your life easier and more productive.

[ Want to learn about AI? Get our Cheat sheet: AI glossary. ]