Diversity and inclusion: 10 signs your organization is stalled

These signals show your organization is resisting change on diversity and inclusion efforts. Harvard Business School professor Frances Frei shares advice on spotting and addressing them

Editor's note: Organizations attempting to rethink their approach to diversity and inclusion run into change resistance in many forms, says Harvard Business School professor Frances Frei. Here she shares an excerpt from her new book with Anne Morriss, "UNLEASHED: The Unapologetic Leader’s Guide to Empowering Everyone Around You", which aims to help leaders identify the sticking points in their own organizations.

Let’s say you’re making progress toward a more inclusive operating environment, but you suspect your colleagues are trying to slow you down. Resistance to change can show up in many forms, some of them hard to decipher.

The following ten signs reveal that your organization is digging in its heels.

1. A task force has been assigned to the problem

A small, intrepid team of reformers is one thing; indeed, it’s among the most important tools for accelerating action. Most task forces, it turns out, do not fit this profile. If your organization is pushing you to rely on a structure like this that’s outside the typical chain of command, make sure it’s a mechanism with the legitimacy and decision rights to make a difference.

2. You're being thanked for your time and effort

If you suspect you’re being indulged and dismissed, then you probably are. By the way, this is not the same thing as being disagreed with, which is a perfectly acceptable response to you. Your obligation as a change maker is to make the persuasive case for your ideas. Your colleagues’ obligation is to engage with them in good faith, not to meet all of your demands.

3. People doubt whether the organization (really) has a problem

Be prepared for your colleagues to push back on the diagnosis that the company has an inclusion problem. Hard truths are, by definition, difficult to face, and this is particularly true for data that confirm a tolerance for bias (or worse). Stay strong. Be fluent in the evidence you’ve gathered and also in resonant stories about the cost of barriers to everyone’s full participation.

4. You're asked to respond to the grave concerns of unidentified critics

These exchanges often start with some variation on, “As your friend, I think you should know what people are saying.” This is usually a tactic to keep you in check rather than empower you with information. Don’t take the bait and react to rumor and hearsay. Encourage your critics to reveal themselves so that you can engage directly with their concerns, which may very well be valid. Collaboration happens in daylight.

5. The specter of "legal issues" is being invoked

The antidote to this one is to work directly with the legal team, which is often made up of people who are far more creative, flexible, and solutions oriented than the detractors who are using their name. Lawyers are rarely the risk-intolerant killjoys they’re made out to be by non-lawyers, so partner with them early.

6. Your colleagues point out all the other things that are changing

This critique assumes there’s some kind of measurable limit on a firm’s capacity to absorb positive change – and you’re getting dangerously close to that line. People tend to underestimate their company’s capacity to adapt to a better reality, as well as the true cost of continued inaction. We’ll say it again, for the absence of doubt: failing to act in the presence of bias is demoralizing and inhumane.

7. You keep hearing about a future state where the conditions for change will be much, much better

This may be the most common expression of resistance we see, the fantasy that it’s going to be easier to change things at some point in the future. In our experience, this is almost never the case, and the opposite is usually true. The clarity and momentum you have right now are tremendous assets, but they’re also perishable ones. In most cases, the “fierce urgency of now” wins the day, particularly when the well- being of the people around you is on the line.

8. The timeline for action is growing

This is another common delay tactic, a proposed antidote to the concerns expressed in numbers six and seven. Your ideas are embraced at a conceptual level, but the timetable for change keeps being extended. Treat this development as an existential threat to your mission. When it comes to promoting inclusion – a mission so critical to the health of your organization – the right time to act is now.

9. Your colleagues think they can wait you out

Management thought leader Earl Sasser calls this “kidney stone management,” the assumption that this too shall pass. Make it absolutely clear that you’re not going anywhere, preferably with a smile. If it takes showing up at someone’s office door with a cup of coffee (just the way they like it) every morning until you get the meeting, then so be it. That tactic, by the way, has never failed us.

Some version of your proposed actions may have been tried before. If so, do the work to understand that history. Figure out whether the strategy or execution of past efforts was flawed and learn as much as possible from whatever went wrong. Regardless, context changes, including the very material context of your willingness to lead on these issues. You haven’t tried before, which can make all the difference.

7 digital transformation leadership sins – and what to do instead 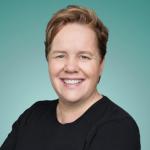 Frances Frei is a professor at Harvard Business School. She recently served as Uber’s first SVP of leadership and strategy. Her TED Talk about building trust has logged over 4 million views.
» More about me

Preparing for an RPA job interview, as a candidate or hiring manager? Check out these RPA-related questions and guidance on developing strong answers.

The most successful digital transformations are driven by customers, not technology. These 3 strategies help you identify what your customers really want

Read Article
7 digital transformation leadership sins – and what to do instead
Submitted By Stephanie Overby
January 25, 2021

Digital transformation leadership strategies do not match up with traditional IT leadership principles. Make sure you're using approaches that set teams up for success