How's your digital transformation going? It depends on who you ask, new research shows. Here's what leaders should take away from this reality 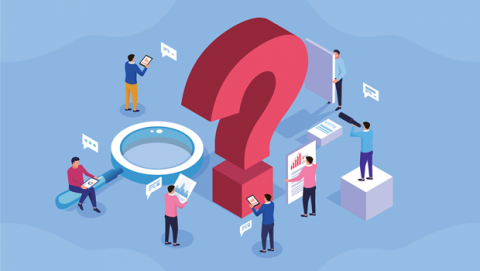 Digital transformation's report card gets pretty good grades, even or even especially over the past year, if you listen to the senior executives of the companies most invested in using technology as a competitive differentiator. But what do IT leaders in general think?

They’re pretty bullish too. According to Red Hat’s Global Tech Outlook 2021 research, a July-Sept. 2020 survey of 1,470 IT professionals, mostly from companies with more than $100 million in annual revenue, 21 percent percent of IT leaders overall say they accelerated their digital transformation work during COVID-19. But how it’s going depends on whether you’re asking the C-suite or a lower-level manager.

Later in the digital transformation journey, significant differences of opinion begin to emerge.

There isn’t a whole lot of disconnect at the relatively modest percentage of companies that don’t have digital transformation plans, are just getting going, or have stalled out. Collectively, only 14 percent of companies fall into these categories.

But move along the digital transformation journey and significant differences of opinion begin to emerge.

Are their organizations still just at the emerging (beginning) stage of digital transformations? A fair number of managers, 19 percent, say yes. But only 11 percent of the C-suite think so. Vice presidents and directors are somewhere in between. The pattern is similar for the many companies that say they’re at the transforming (making some progress) stage; 33 percent of managers say that’s where they are, while only 21 percent of those at the highest executive ranks do.

Quite a few companies also told us that they are accelerating their digital transformations this year. Here there was general agreement: 20 percent of managers, 24 percent of directors, 27 percent of VPs, and 25 percent of the C-suite picked this answer.

Digital transformation: Is your organization a leader?

But how about those who say their company is a leader in digital transformation – having made substantial progress toward success? Here we see the starkest differences of all. Now it’s the C-suite out in front, with 29 percent answering this way – compared to only 11 percent of managers (with 20 percent of VPs and 15 percent of directors staking out the middle ground).

What should we make of these numbers?

My interpretation is that senior execs are a bit insulated from many of the issues faced by those further down the ranks. It’s easy to spin that negatively as “only the good news making its way up the ladder.” And there’s probably some of that.

People charged with overseeing the actual implementation work are exposed to all the messy details on a daily basis.

On the other hand, it’s likely also the case that those charged with overseeing the actual implementation work are exposed to all the messy details on a daily basis. This makes it hard to be optimistic, even if the reality is that at the level of the business as a whole, things are actually proceeding pretty nicely.

Outside of this question on our survey, the only other really notable outliers popped up when we asked what was the absolute top priority for their company’s digital transformation. Here, innovation led overall and 28 percent of CxOs picked that priority. By contrast, only 6 percent of those C-suite leaders picked reducing costs as the most important priority.

Another point where we saw some difference of opinion: 18 percent of VPs said simplicity - making IT easier - was the top priority, while just eight to nine percent of the other groups chose this measure as most important.

In general, though, the responses provided from managers through the C-suite with respect to trends and drivers were quite uniform. So were some potential red flags, such as the low priority given to funding culture change.

Consider this: On the culture front, 27 percent of all survey respondents cited the importance of “evolving/transforming IT culture;” and among Red Hat customers, 35 percent agreed. This is consistent with last year’s Global Customer Tech Survey, when 37 percent reported using new processes to move to a more open organizational culture.

But only 6 percent of the overall respondents said that evolving their culture was their top priority for digital transformation, the lowest out of any other response.

It’s hard not to see a disconnect between the fairly broad recognition of culture’s importance to digital transformation and the limited concern about seriously prioritizing it.

Worth thinking about: Are you funding that desired culture change?