Is your automation strategy future-focused? Consider these five questions to stay on the right track 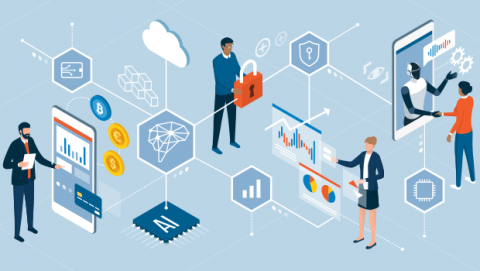 Just about anything can seem like a smart strategy in retrospect if you’ve got enough patience, perseverance, luck, and time.

That’s how some successful business and IT approaches hatch: A blend of trial-and-error and ever-changing circumstances eventually leads to a sustainable, intentional plan. Many hybrid cloud architectures first came about by “accident,” for example – an IT initiative here, a corporate acquisition there, and SaaS apps, well, everywhere, and now you’re “hybrid.” The strategy comes after the fact, once stakeholders realize the potential advantages.

Automation commonly follows a similar pattern. Automate a unit test or security scan here, an accounts receivable process or HR onboarding forms there, and it seems you’re on your way to becoming a well-oiled – and highly automated – machine.

That’s part of the appeal. You don’t actually need to “automate all of the things,” as the expression goes. You can automate some of the things and do so piece by piece.

An incremental automation approach – enabled by the likes of Bash – is great. On its own, however, it doesn’t constitute a strategy.

“One of the attractions of automation is that it can be incremental,” says Red Hat technology evangelist Gordon Haff. “This is automation through the lens of traditional system admins and even site reliability engineers in many cases. Do something manually more than once and automate it so that you don’t have to ever again.”

That incremental approach – enabled by the likes of Bash and other automation-friendly programming languages, RPA tools, and other technologies – is great. On its own, however, it doesn’t constitute a plan. IT leaders can build a strategic framework that enables and encourages incremental automation while also ensuring the team is spending its time and resources in areas that align with broader goals.

“Automation can also be more strategic,” Haff says. “This means asking, in the words of Dinesh Nirmal, general manager of IBM Automation (speaking at The Economist, Innovation@Work US virtual event this October), where can you ‘free up employees to focus on strategic priorities?’”

How solid is your automation strategy? 5 questions to ask

Smart strategies – especially when they overlay work already being done, which is applicable to automation in many organizations – often start with asking the right questions. Here are five IT leaders should ask to ensure they’re making the right future-looking bets with their automation strategy.

1. How does this connect with our overall goals?

The first question is most logical – but often overlooked if your automation has been a series of one-offs to this point in your organization.

“While there are many questions a CIO will have along the way when deciding their automation strategy, the single most important question they should ask themselves is: ‘How will automation help my organization achieve the business outcomes we need to get to where we want to be in 4-5 years?’” says Becky Trevino, VP of operations at Snow Software.

“If the answer is yes, then automation is great for the business,” Trevino says.

​​If the answer is “no” or “we’re not sure,” then you’ve got more due diligence ahead. Trevino cautions against the magician approach: Automation success depends on well-coordinated effort, not smoke and mirrors.

For example, if you want to increase innovation by freeing people from mindless tasks to enable them to focus on more important work, there needs to be a visible plan for how you’ll achieve this. (“Automate it” is not actually a plan.)

“The teams putting in place automation need to know that enabling innovation is the primary business outcome,” Trevino says. “Automation is the technology they use to make this happen, and they need a plan for people and processes to ensure they actually achieve the outcome of shifting people from doing lower- to higher-value work.”

2. What causes frustration and headaches for people today?

The incremental approach to automation that Haff described above is often a matter of people solving their own problems: This task takes up too much of my time or is otherwise aggravating – let’s automate it so that I can work on other stuff.

The same principle can guide higher-level thinking about automation priorities. How can automation cut down on drudgery in people’s jobs, while likely reducing the margin for error and other benefits in the process?

This approach applies not just internally to IT but across all business units. Find the tasks and processes that are repetitive, inefficient, and sometimes even painful.

“For example, when customer data needs to be updated across multiple systems, automating this process can ensure it’s not only done properly and consistently, but it’s completed instantaneously,” Mehta says. “It’s this type of mundane work that can make humans feel like robots themselves and leads to burnout and turnover. When humans are empowered to focus on higher-level tasks, you see employee satisfaction rise.”

3. How will the team react to this?

Don’t assume everyone will embrace automation with open arms, even if you’re following the advice in #2. Job security concerns are one big reason, but there are other culture challenges as well.

"The best automation approaches make existing employees feel like they’ve been given a superpower."

When evaluating automation decisions, consider how the outcomes will likely be received by the team. You don’t need to be a management savant to discern that you want people to embrace automation; if you’re going to have to force-feed changes, that’s a red flag.

“If automation simply replaces one tedious process with another, then it’s likely to fail,” says Waleed Kadous, head of engineering at Anyscale. “If you need a mandate to ensure adoption, you’ve probably done something wrong, especially at this early stage and if this is one of the first automations your company undertakes.”

You can’t perfectly predict how new processes or changes will roll out. But you certainly can solicit input and feedback from the team when developing your strategy. If your answer to the above question is “I don’t know,” that’s not any better than “they’re going to hate this.”

4. How will we measure automation success?

It’s a good question for any strategy; it’s particularly useful if you’re anticipating initial resistance from within IT or other departments – including among fellow C suite leaders.

“It is important to choose automation projects that have measurable benefits, especially at the beginning,” Kadous says. “As a CIO making the case for automation within your organization to both senior management and to employees, you need to build a portfolio of success.”

Measurement is often overlooked in the earlier phases of an automation initiative. It’s likely a byproduct of the incremental or one-off approach to automation, where “measurement” might simply mean: Did this solve my problem?

Measuring the benefits of automation doesn’t have to get a whole lot more sophisticated than that.

Time saved is a good metric to prioritize early in your strategy: How many people dislike being given more of our most finite commodity?

“The math is simple: calculate how long it took before, count how often it happens, measure the new approach, and you can very quickly measure the productivity gains,” Kadous says.

This has a twofold advantage: One, it makes it easy to convey the concrete benefits of automation and build trust. Two, it also gives you a natural order for your automation strategy: Prioritize the work that will save the most time.

“Eventually, there will be automation that is harder to demonstrate ROI for, but the organization will still go with it based on the trust built by these past successes,” Kadous says.

5. How do we not just automate but improve?

In the long run, strategic automation enables more ambitious goals – not simply saving time or money on a thorny process or two but automating complete workflows across an entire organization. The last question you ask should envision what this might look like for your business and look more ideally beyond initial benefits such as time or budget savings.

“Where can automation solutions be used across entire organizations to implement workflows through technologies such as complex event processing?” Haff says. “Approached in this manner, automation is really about making people more productive and efficient. Cutting costs is just a byproduct.”

Automation without optimization tends to produce inefficient or undesirable outcomes; if you automate a broken process, you’re just enabling it to run faster and more frequently, similar to how DevOps without security could lead a team to just ship vulnerable code more often.

“To get the most out of automation, it’s important to not simply replicate how the task was being done by humans and do it with a machine, but to look at the end goal and identify a quicker and more efficient path,” Mehta says.

Rather, “a new process was invented that leveraged technology to complete a task in a way that was never before possible,” Mehta says. “The same approach needs to be done with automating business tasks.”