What's an edge server? How does it differ from traditional servers? What are the benefits? Edge, combined with hybrid computing, helps enterprises process data much closer to the customer - whether in a store, hospital, or connected car 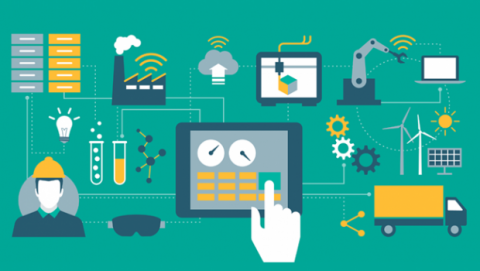 Edge servers do pretty much the same things as traditional servers – but from a non-traditional location.

“Edge servers work just like regular servers,” says Jacob Smith, VP of strategy at Equinix Metal. “The key [difference] is that they are located at the ‘edge’ of the network, and as such often have different requirements.”

What is an edge server?

An edge server provides compute and other resources that applications need to run. The “edge” just means that they fulfill this purpose as close to the application and its data – and the people or machines using those applications – as possible.

Edge servers exist outside of a traditional data center to perform compute, networking, storage, and security functions close to where users need them.

Edge servers exist outside of a traditional data center to perform compute, networking, storage, and security functions close to where users need them – for example, where data is created in a healthcare setting or manufacturing site.

A centralized model of delivering those resources still makes sense for many enterprise applications and other use cases. But it isn’t always the most effective approach for our increasingly distributed technology consumption, both in IT and in everyday life. Think categories like IoT, 5G, and AI.

How do edge and IoT fit together?

From an IoT and mobile standpoint alone, edge computing enables myriad advantages by bringing server resources as close as possible to a virtually infinite number of connected devices, applications, and the data they generate. The edge approach eliminates concerns around latency, cloud provider performance troubles, and the like.

This typically means faster, more reliable user experiences – across business, government, and consumer contexts. It also often means tighter security controls. That’s going to be important as IoT data sets from applications such as smart cars and healthcare devices grow - because so will customer worries about security and privacy.

How edge servers work: Start with a banking example

In its most basic sense, an edge server simply means a server that sits between (and interfaces with) two separate networks, says Mark Sami, a director in West Monroe’s technology practice. Consider this common interaction between a consumer (you) and business (your bank): You log into your online banking account to check your recent transactions.

For reasons that might be obvious, a bank or other financial firm probably doesn’t want to expose its entire backend to the internet in order to serve up this everyday customer need. That’s where an edge server comes into play.

That edge server is pulling data from back-end core banking systems that aren't directly exposed to the internet.

“The bank exposes an edge server to the internet to present a website to the end consumer. That same edge server is pulling data from back-end core banking systems that aren’t directly exposed to the internet,” Sami says. “Edge servers allow an organization to expose a much smaller footprint of their environment to outside networks, giving them a smaller point of entry to secure.”

Edge servers, especially when their primary purpose is to better support very specific use cases – like sensors on industrial equipment, or connected video surveillance cameras – are often designed with more granular requirements in mind than other servers.

“For instance, while servers in a more centralized public cloud may be focused on performing generic tasks at scale, edge servers tend to be more specialized and focused on things like network functionality (for video streaming) or inference (for AI-enabled workloads),” says Smith from Equinix Metal.

These kinds of use cases are increasingly common in enterprises and industries of all types. Gartner predicts, for example, that by 2025, 75 percent of all enterprise data will be generated and processed outside of a centralized data center or cloud. Gartner pegged that figure at just 10 percent in 2018.

For use cases such as telco network functions that require service provisioning closer to users, “edge computing helps solve the key challenges of bandwidth, latency, resiliency, and data sovereignty,” Rosa Guntrip, senior principal marketing manager, cloud platforms at Red Hat, notes. “It complements the hybrid computing model where centralized computing can be used for compute-intensive workloads while edge computing helps address the requirements of workloads that require processing in near real-time.”

Edge servers fulfill this important need today; they’ll do so even more in the future.

What's next for edge servers? Think 5G and AI needs

Some might argue that 5G networks are already a “today” scenario, but we haven’t even scratched the surface of its potential impacts and the importance of edge servers to 5G performance. As Guntrip pointed out, edge servers are helping telco companies deal with 5G traffic efficiently. Edge servers near cell towers will help deal with the data coming from smart cars and cameras, for example.

"The AI/ML scenario is a prime example of how to centralize heavy compute workloads by utilizing edge servers."

AI and machine learning are another growing driver for edge computing. Sami from West Monroe notes that the availability of massive amounts of compute power has made cloud an attractive choice for training AI/ML models that might otherwise overwhelm most organizations’ on-premises environments. An edge server in the cloud can help optimize the back-and-forth between cloud and on-premises footprints.

“An edge server in the cloud allows organizations to access historical analysis or pull down models for use in real-time analytics in their on-premises data,” Sami says. “The AI/ML scenario is a prime example of how to centralize heavy compute workloads by utilizing edge servers. If an enterprise wanted to analyze on-premises data in real-time, having an edge server locally with a cloud trained model allows them to leverage cloud compute power without having to send massive amounts of local data at the point of analysis.”

This is also an example of why edge computing is leading more enterprises toward hybrid cloud architectures: Whether in AI/ML applications or many other use cases, edge and hybrid go hand-in-hand.

As Gordon Haff, technology evangelist at Red Hat, said recently: “Edge computing has emerged as one of the most important drivers [of hybrid cloud] given that edge is an explicitly hybrid approach to computing.”

Edge servers as part of a hybrid cloud architecture can improve speed and reliability, sometimes exponentially.

And as with hybrid cloud, the “right tool for the right job” (or the “right workload for the right environment”) mindset applies. Edge servers as part of a hybrid cloud architecture can improve speed and reliability, sometimes exponentially. So edge computing even means potential productivity gains in enterprise contexts, notes Stephen Blum, CTO at PubNub.

Edge and hybrid also help enterprise IT leaders keep their options open. As Stu Miniman, director of market insights on the Red Hat cloud platforms team, recently noted, “If there is any remaining argument that hybrid or multi-cloud is a reality, the growth of edge solidifies this truth: When we think about where data and applications live, they will be in many places.”

“The discussion of edge is very different if you are talking to a telco company, one of the public cloud providers, or a typical enterprise,” Miniman adds. “When it comes to Kubernetes and the cloud-native ecosystem, there are many technology-driven solutions competing for mindshare and customer interest. While telecom giants are already extending their NFV solutions into the edge discussion, there are many options for enterprises. Edge becomes part of the overall distributed nature of hybrid environments, so users should work closely with their vendors to make sure the edge does not become an island of technology with a specialized skill set.“

On the reliability front, bringing server logic (via edge servers) closer to your end-users allows for more points of presence (or the physical location of a server) in close proximity. In a traditional model, if the nearest server goes offline for any reason, the next point of presence might be farther away (and lead to performance declines.) With more edge servers in close proximity, even failures can essentially be optimized.

And by bringing application data as close to your end-users as possible, you’re ensuring faster speeds with fewer loading screens. That’s the central purpose and promise of edge for end-users.

“The closer the server to your phone or computer, the faster the app – and the happier and more productive the team is,” Blum says.