The numbers prove it: Kubernetes is strong and getting stronger. Consider these compelling stats 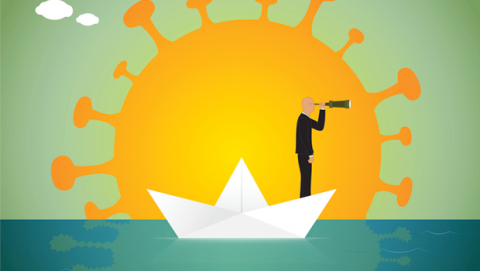 It’s been a while – two years, to be precise – since we last took stock of Kubernetes by poring over the wide variety of publicly available numbers that illustrate the container orchestration platform’s rise in IT.

News flash: Kubernetes is an even bigger deal now.

That’s not so much news as a straightforward confirmation of what many IT leaders already know: The forces that have helped propel Kubernetes (K8s) growth – such as containerization, application modernization, cloud-native development, and hybrid cloud infrastructure – are here to stay.

Two-thirds (68 percent) of IT leaders are already running containers in their organizations, according to Red Hat’s State of Enterprise Open Source 2022 report. Nearly one-third said they plan to significantly increase their container usage in the next 12 months.

Let’s examine eleven more (and actually quite a few more than that) numbers that speak to Kubernetes’ continued growth and maturity in 2022.

70 percent: Of the 1,296 IT leaders worldwide that Red Hat interviewed for the State of Enterprise Open Source 2022 report, 70 percent of them said their organizations use Kubernetes. Given that containerization and orchestration go hand-in-hand, that number seems likely to continue ticking up, since nearly one out of three of those same IT leaders said they expected to significantly increase their use of containers during the next 12 months.

“It is a software ecosystem that’s growing and shows no signs of slowing down,” the report notes.

92,400+: The number of stars Kubernetes’ GitHub repository has received to date. While GitHub stars may ultimately be a vanity metric, they still give a tangible sense of a repository’s popularity. In this case, Kubernetes ranks #41 among all GitHub repositories, according to this list. It’s also #2 among projects written primarily in Go after, well, Go.

3,249: The number of Kubernetes contributors to the GitHub repository – less a vanity metric and more of a continued indicator of the strong community that works on the open source project.

277: The number of Kubernetes Operators currently available on OperatorHub.io, more than double the number back in 2020. Operators are Kubernetes-native applications that implement and automate important operational functions – things like configuration (and reconfiguration), networking, security, etc. – as code running inside your K8s cluster.

Also check out one of our most popular articles of all time, How to explain Kubernetes Operators in plain English, for more on the subject.

31 percent: Combined together, concerns about container security threats (14 percent) and a lack of organizational investment in container security (17 percent) would rank as the top overall concern IT pros have about their company’s container strategy, according to Red Hat’s 2022 State of Kubernetes Security report. Survey respondents were also concerned that their organizations were moving too slowly (22%) and not addressing skills gaps (20%) in their container strategy.

Security concerns are well-founded, in the sense that running containers and Kubernetes in production require appropriate security prioritization, processes, and tools to limit risks like vulnerable container images or configurations.

77 percent: IT shops appear to be coalescing around DevSecOps as a preferred approach to ensuring strong Kubernetes security: DevSecOps. Approximately one in four (27 percent) respondents in the State of Kubernetes Security report said their organizations had an advanced DevSecOps culture in place.

That number appears poised for considerable growth in the coming months and years: Another 50 percent of the 300 or so IT pros surveyed for the report said their organizations were in the early stages of implementing DevSecOps, with DevOps and security teams beginning to collaborate more intentionally on things like workflows and policies.

62: CNCF also lists 62 Kubernetes training partners in the cloud-native landscape. When people refer to the “ecosystem” surrounding Kubernetes, they often mean the wealth of other tools and services that work with or extend the platform (see also: Kubernetes Operators). But it also includes the long (and getting longer) list of organizations offering various forms of help, from technical consulting to training and certification to commercial and managed services and more.

71 and 68 percent: Ask IT pros or hiring managers which open source skills are in demand, and you’ll get roughly the same answer from both: Cloud and container technologies – including, of course, Kubernetes.

That was one of the findings in the 10th annual Open Source Jobs Report, conducted by The Linux Foundation: 71 percent of IT pros and 68 percent of hiring managers checked off cloud and containers as the technologies or skill sets they believed were in the highest demand among employers. That made cloud/containers the most in-demand skill category from both the job seeker and hiring perspectives.

8 years old: The term “fast-growing” gets thrown around a lot in tech and business, but Kubernetes certainly seems to meet even the most stringent definitions: K8s just celebrated its 8th anniversary as an open source project in June of 2022.