Automation is quickly becoming table stakes in business operations. Expect to see much more of it in the coming year 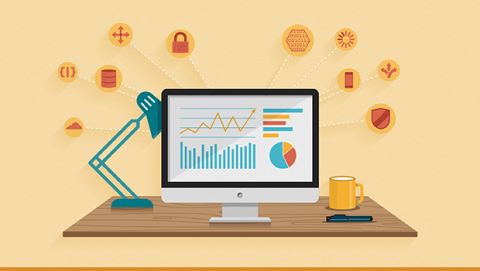 What’s on the horizon for IT automation in the New Year? In short: Plenty more of it.

Of course, the longer-form answer to that question includes more nuance and complexity than that. There are real business and technology issues driving the growth of automation through IT stacks and organizations.

With that in mind, we asked various IT leaders what’s on their minds in terms of automation now and in the year ahead. Automation is, of course, a big sweeping term – and so we’re treating it as such, covering everything from containerization and orchestration to security automation to AI/ML and more.

Let’s dig into five automation trends and predictions to watch for 2023.

1. Automation becomes a must-have at the edge

Organizations choose automation for all sorts of reasons, but sometimes it boils down to this: Automation chooses them. That’s becoming increasingly true for enterprises currently implementing or expanding edge computing strategies: Automation is a prerequisite for operational sanity.

[ Related read: Edge computing: 4 pillars for CIOs and IT leaders. ]

“Automation is important across IT infrastructures in general, both to reduce the time spent on manual processes and to ensure consistency,” says Gordon Haff, technology evangelist, Red Hat. “However, when those infrastructures fan out to hundreds or thousands of distributed nodes on factory floors or in other locations that may not have any IT staff, automation has become not just good to have but a must-have.”

Automation is a critical tool for IT management at the edge. Haff expects broader adoption of automation in edge environments in 2023 as companies look to scale their efforts without creating unsustainable operational burdens.

2. AI use cases grow fastest at the edge

While we’re on the topic of edge computing, Chris McDermott, VP of engineering at Wallaroo, sees major growth ahead for a specific (and enormous) category of automation at the edge: AI.

“The fastest area of growth for AI will be at the edge given the overall trend to add sensors and compute capabilities to vehicles, appliances, and industrial equipment,” McDermott says.

There are three primary reasons why edge computing will drive the most growth for enterprise AI in the near-term (versus cloud computing in general), according to McDermott:

Low latency is perhaps the most prominent requirement behind many edge use cases. And that’s common in many environments where AI is playing a growing role in enabling automated and autonomous systems, such as industrial and manufacturing settings.

“Taking data from a smart device up to the cloud to run a machine learning model and then delivering the output of that model back to the smart device takes too long in use cases where milliseconds of additional latency matters,” McDermott says. “So, in this case, the fastest place to run AI will be at the edge.”

“Scenarios where telemetry data is in such volume that transport and storage costs in the cloud make a difference, especially if 99 percent of the telemetry data isn’t used for any further purpose,” McDermott says. “In this case, enterprises prefer to run the models at the edge and only take back to the cloud the data that matters.”

Finally, McDermott notes that connecting to the public internet can be a blocker in many edge environments, whether because of location, security, or other reasons. In those instances, ML models and other AI will need to run locally, not back in a centralized cloud or data center.

E.G. Nadhan, global chief architect leader at Red Hat, expects more organizations to realize that automation is the missing ingredient in their push to broaden skill sets, especially as they look to embed a security-centric mindset throughout the organization.

“Automation is the secret key to growing from DevOps into DevSecOps while transitioning from I-shaped skill sets to T-shaped skill sets,” Nadhan says. “Forward-thinking enterprises who have a laser focus on proactive remediation will bring automation, along the domain of quality assurance, into enterprise security to further reduce risk.”

(For more, check out Nadhan’s related post on LinkedIn.)

In general, security might rival edge computing for the “automation’s best friend” title.

It’s a massive, nonstop need in virtually any business or government. It’s also hard – and often expensive. Automation is the key, not just in security tools and operations but throughout the stack.

“This will lead to a continued drive towards the automation of patching, updating, and scaling applications via Kubernetes and containers so organizations reduce manually updating processes of their workloads,” says Tom Hearn, VP of field architecture at Insight.

Just as automation became a central tenet of DevOps and DevSecOps, it’s set to become a significant catalyst for “GreenOps” – that is, the growing need for making IT and business operations more sustainable.

“As corporations define their net-zero carbon emission strategies and start to deal with the consequences of the global energy crisis, technology leaders will shift their attention to measuring and optimizing the carbon footprint of their IT infrastructure,” says Vincent Caldeira, CTO, APAC, at Red Hat. “Sustainability will become a key performance indicator alongside performance, security, availability, and cost, as GreenOps becomes embedded into the operating culture of IT organizations.”

People love to talk about cloud costs. In 2023, it will be almost impossible to do so without also talking about automation – it’s officially time to declare automation as indispensable to cost optimization, both in public and private clouds and in on-premises environments.

“FinOps and optimization of traditional on-prem infrastructure and cloud spend will require organizations to move to a more standardized format of deploying applications and platforms,” says Hearn from Insight. “Automation requirements will grow drastically as a result to prevent tool explosion of traditional IT and platform teams. This will allow for budget modeling as they move to a native automated deployment.”

This is a great example of the vastness of the term automation. When it comes to IT budgets and optimizing infrastructure and other costs, there could be a wide range of tools and processes involved, from CI/CD pipelines to Kubernetes to IT automation tools like Ansible and more.

When it comes to cloud costs specifically, autoscaling will be a priority strategy.

“Scaling up and down of applications in the cloud will continue to be a focus as organizations look to reduce cost,” Hearn says.