Automation increasingly plays an enabling role in areas from security to edge computing. Here are three examples to keep an eye on 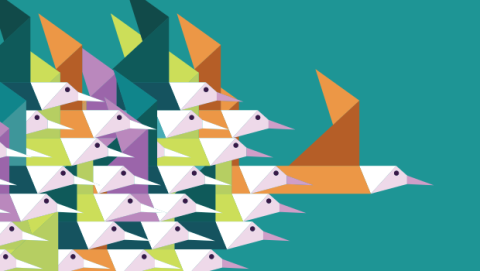 IT automation has become a broad-based category spanning everything from infrastructure to application development to security to non-IT functions – think Robotic Process Automation (RPA) bots processing invoices in finance or resumes in HR, for example.

Put another way: Automation is everywhere.

IT automation specifically continues to grow as a budget priority for CIOs, according to Red Hat’s 2022 Global Tech Outlook. While it’s outranked as a discrete spending category by the likes of security, cloud management, and cloud infrastructure, in reality, automation plays an increasing role in each of those areas.

The report further notes that security automation and cloud services automation rank as the top specific areas for automation spending, for example. Automation is effectively a funding priority across the board, even if the budget line item doesn’t actually use the term.

And this isn’t a short-term adjustment. It’s a permanent trend, in as much as anything can be considered “permanent” these days. Gartner predicts that 70% of enterprises will implement structured infrastructure automation by 2025, for example – which would be a 3.5x increase from the 20% who had it in place in 2021.

[ Also read Automation and digital transformation: 3 ways they go together. ]

While organizations and individuals automate tasks and processes for a bunch of different reasons, the common thread is usually this: Automation either reduces painful (or simply boring) work or it enables capabilities that would otherwise be practically impossible – or both.

“Automation has helped IT and engineering teams take their processes to the next level and achieve scale and diversity not possible even a few years ago,” says Anusha Iyer, co-founder and CTO of Corsha. “Infrastructure as code, for example, has given us the ability to automate deployments out into the cloud instead of requiring someone to manually login to a console and create those environments.”

Just as automation seems to continuously increase, it also continuously changes – whether in terms of underlying technologies, IT strategies, business impacts, or in other ways. Here are three emerging automation issues worth paying attention to in the latter half of 2022 and beyond.

Automation is central to the ability to scale – quickly, reliably, and securely – distributed systems, whether viewed from an infrastructure POV (think hybrid cloud and multi-cloud operations), application architecture POV (think microservices), security POV (think DevSecOps), or though virtually any other lens. Automation is key to making it work.

It follows that automation will be just as fundamental to edge computing. Edge architectures and systems are distributed by definition, and automation is becoming a critical piece of how teams will operate those systems practically.

"A common automation platform can scale and streamline both edge deployments and the rest of a hybrid cloud architecture to deliver better outcomes."

Managing edge nodes at scale is kind of like managing containers at scale, in the sense that the more you have, the harder it becomes – and thus more important to automate as much of the operational toil as possible.

“What some might once have seen as a nice-to-have in a small-scale on-prem infrastructure becomes a necessity when an organization has hundreds or thousands of edge nodes,” Haff says. “The edge is fundamentally about scale so it’s important to adopt an approach that makes scalability easy and that mitigates security risks.”

Speaking of operational toil, security automation is receiving plenty of attention in IT circles – and IT budgets.

But if you flip the phrase around – automation security – it actually means something a bit different that is also beginning to get some necessary attention: Ensuring the security of the automation itself, from tooling to code to configurations and other components.

"Generally, we find that as organizations shift into automation and away from human identities for making modifications, their security posture enhances."

Ian Ahl, VP and head of P0 Labs at Permiso, notes that cloud maturity is often rightfully measured by how much of its cloud infrastructure management is automated: “Generally, we find that as organizations shift into automation and away from human identities for making modifications, their security posture enhances.”

But there’s an unfortunate side effect, Ahl adds: Because of the improved security and other benefits, some organizations place too much trust in machine and/or vendor capabilities and become desensitized to environment changes over time: “They do not apply the same rigor to visibility and detection.”

That’s a mistake that can lead to over-privileged credentials, leaky APIs, and other risks that lead to breaches.

Iyer from Corsha likewise notes that for all the fantastic benefits of infrastructure as code and other types of automation, it shifts risk from humans to machines. That can be net-positive if properly managed, but that shift may need to be brought into sharper focus as teams expand their automation footprint.

“Serverless and microservices architectures, for instance, are built off of the flexibility and automation that APIs offer, but the more APIs become an integral part of our IT ecosystems, the more important the identities of the machines that are accessing those APIs becomes,” Iyer says.

3. IT automation as a career booster – not a career killer

To be sure, automation (broadly, not limited to IT) will eliminate some jobs that people do today. It has happened before, it’s happening now, it will happen again in the future. Empathetic leaders need to address fears about job security – not dismiss them.

But automation is also creating new jobs – eventually, more than it will eliminate, according to a World Economic Forum estimate.

IT automation is a good example of this phenomenon as it’s occurring: For all its reputation as a job-killer, automation is good for IT careers.

Because automation permeates so many facets of IT, it’s increasingly integral to many IT jobs. We recently covered three automation-centric roles that are in especially high demand at the moment, and automation skills are increasingly beneficial on the job market almost regardless of your specific IT career arc.

“As our head of infrastructure loves to say, his goal is to always automate himself out of a job so he’s able to move onwards and upwards,” Iyer says.