CIOs Can Harness Shadow IT by Creating “Innovation Labs” 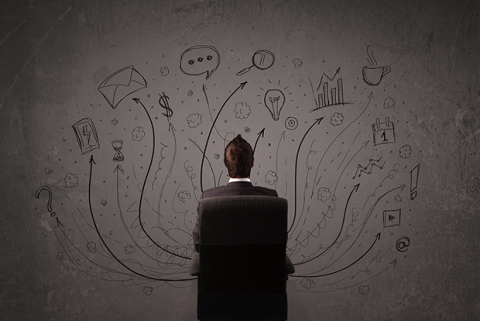 Thanks to the cloud and proliferation of mobile devices, business units operating outside of IT’s purview is growing. According to a new survey by cloud consulting firm 2nd Watch, 93 percent of business units are using the cloud for services they need to conduct business – and many are circumventing IT to do so.

Despite this, surprisingly, only 43 percent of IT respondents said their departments are planning to develop a cloud services brokerage to keep up with demand, according to the survey. Gartner has also weighed in, predicting that 35 percent of enterprise IT expenditures will occur outside an IT department budget by 2015.

Shadow IT is driven by a lack of responsiveness to users, a need for application delivery speed and responsiveness to markets, wrote David Cappuccio, a research vice president at Gartner, in a blog post. Employees have an increasing number and variety of devices available to them, and in many cases, waiting for IT to evaluate and improve something has become unacceptable, he noted.

“This proliferation of user friendly devices had a serious cascade effect in the form of a flood of newer, smaller, purpose built applications that were being downloaded by business users,’’ said Cappuccio. These applications are not necessarily what would be considered enterprise-class, he added, but that doesn’t matter to the business user since they are inexpensive and can be quickly installed and updated.

Cappuccio is right in his observation that these actions have created a cultural shift in many business units, one where the quality of an application doesn’t come first, but where access and availability do.

In order for IT departments to respond, they must partner with the business and form what Cappuccio called “innovation labs,” where the focus is not on who is in control, but on understanding the potential effects of Shadow IT on both sides.

Of course, if you’re a business user, Shadow IT can have its benefits. Among them are the ability for people to get their work done quickly and more effectively when there are perceived gaps in tools, features and capabilities.

Is Shadow IT an issue in your organization? If so, how are you dealing with security and other concerns?

Esther Shein is a freelance writer and editor specializing in technology and business. Her work has appeared in several online and print publications, including Computerworld, NetworkComputing, InformationWeek, BYTE, CIO, CFO, CMO.com and The Boston Globe. Prior to going freelance she was the editor-in-chief of Datamation, an online enterprise technology magazine. She was also a senior writer at eWeek (formerly PC Week) for several years. She holds a B.S. in journalism from Boston University.