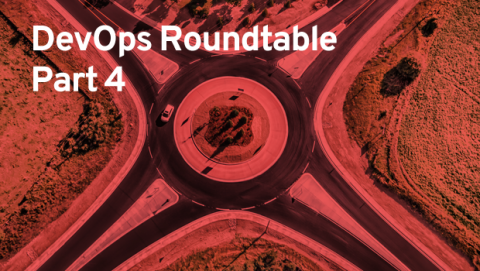 Part five of a five-part DevOps series.
Part 1: What's creating demand for DevOps?
Part 2: The role of the cloud
Part 3: Tips for making DevOps a reality
Part 4: Surprises born out of DevOps
Part 5: Measuring success in a DevOps culture

INTRODUCTION: The Enterprisers Project assembled a group of seasoned IT leaders in an interactive exchange to discuss how they're using DevOps in their organizations. Here are highlights from the conversation.

TEP: An EVP of Technology we talked to had a big "ah-ha" moment when he realized that, in DevOps, Project Management is becoming a real partner of the software engineering team and is moving into a much more collaborative role. Have there been any nice surprises or unexpected learnings as you've moved into this new kind of culture?

Tom Soderstrom: We have a lot of technical people, and if IT cannot respond quickly enough we get Shadow IT. So one surprise is that DevOps has actually helped us take advantage of Shadow IT, in two ways.

One is where you just let the Shadow IT develop and operate because it's smaller to start. Then, if it makes sense, you move what they’re doing into an enterprise-wide application or into production, and ultimately to the Operations Team. So all of a sudden you almost have—for free—a new capability that's been proven and it works.

The other way is where an idea comes up from Shadow IT and IT invests a few engineers in their environment and they develop it together, hand-in-hand, with the Operations side. And then they operate it for a little bit and hand it over. So they spend less money on IT and get more out of it.

Lee Congdon: As we were contemplating the organization, we consciously decided that we needed to make DevOps a success. We looked at what was a very successful PMO and realized that if we continued to grow its capabilities we'd get better at projects, but we wouldn't necessarily be delivering business value faster. So we actually transitioned from a PMO to a virtual PMO, if you will…. [We created a] Center of Excellence in the Office of the CIO and moved the project managers into the various development teams. So they are still expected to follow the processes and controls, but we felt that swinging the pendulum back and giving them a little bit more flexibility would actually enable the teams to move faster. We're taking a little risk on the control side and we're going to have to monitor it very carefully. But for the time being, distributing the PMO and giving the teams more flexibility in following the guidelines and standards has actually enabled us to accelerate.

Pete Buonora: One pleasant surprise so far is how well the business areas have perceived the DevOps approach and look at it as a way to be able to smaller incremental pieces of delivered more quickly. In the waterfall approach, it has always been about trying to “load up the boat” in Phase 1 of the project because we don't know if a decision happened, or what can happen. But with the new approach it’s been much more accepted that we're going to get this smaller piece much sooner and the next piece next—and you can just keep iterating right through. So it's not just the standard project that is going to end at Phase 1 and may get knocked off by something else in Phase 2.

Tom Soderstrom: One of the remarkable things for us is the self-help culture DevOps is creating. People who have been here a while expect to call the help desk and everything will work. But the newer generation coming in are more self-help people, so we can talk about the concept of operations in this new arrangement and agree on what needs to have an immediate response and what doesn't. And a lot more self-help is springing up because of the DevOps people. They want people to help themselves. So we're getting this Level Zero help desk, if you will, growing much, much faster and much better because of DevOps.

In Part Five of our Roundtable, the panel shares how they’re measuring success in a DevOps culture.

Has your team encountered any nice surprises or important learnings while moving to a DevOps model? We'd love to hear about it in the comments section. 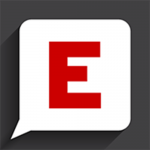