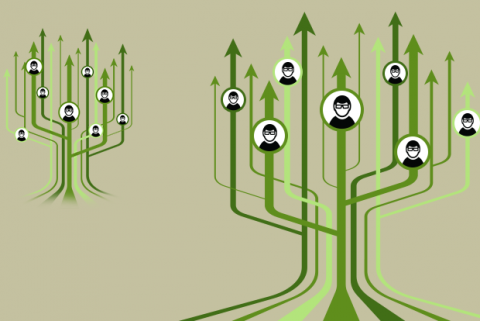 Just when you thought it was safe to assume the economy was looking fairly positive, a 2014 IT salary survey by Janco Associates and eJobDescription.com debunks that theory, with a less than rosy picture of the IT job market. Some 75,500 IT jobs were added in the last year, but there was a net loss of 1,400 jobs in January, the survey found.

The telecommunications field is trending down, and lost 10,200 jobs in a three-month moving average. Janco’s CIO Hiring Plan Forecast is also not terribly optimistic, with the survey finding CIOs are “becoming more cautious in their hiring as the recovery stalls and taxes increase.”
One area that is forecast to grow is the North American health care information technology (HCIT) market, with employment on the rise and spending projected to reach $40 billion by the end of the year. The Janus survey attributes the growth to spending on electronic health care systems, mobile health apps and efforts to comply with the new government standards.
Another notable finding was the prediction that “there will be more churn in IT staffs as CIOs accelerate their move to more flexible staffing models.” More technical work will be outsourced, the firm believes, in areas such as managed IP services for VoIP and VPNs and desktop and security services.

At the same time, CIOs are looking to hire IT people with business and analytical skills, such as risk management and project management. But Janco reported that CIOs are having trouble hiring IT people because either they can't find IT professionals with the right business skills or they can't afford them. “All of this means more turnover in IT departments.”

This naturally raises some questions, like whether you agree with these findings, and what skill sets are you looking for this year? Are you planning to outsource some of the work you need, and if so, in what areas?

Esther Shein is a freelance writer and editor specializing in technology and business. Her work has appeared in several online and print publications, including Computerworld, NetworkComputing, InformationWeek, BYTE, CIO, CFO, CMO.com and The Boston Globe. Prior to going freelance she was the editor-in-chief of Datamation, an online enterprise technology magazine. She was also a senior writer at eWeek (formerly PC Week) for several years. She holds a B.S. in journalism from Boston University.