That system runs what? IT leaders face a quandary as Boomers vanish, but the need for COBOL, mainframe, and legacy storage skills does not 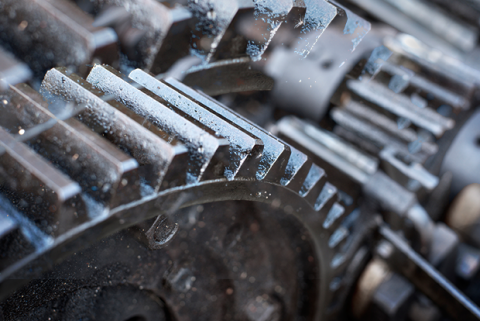 If your organization has a point-of-sale system running on technology that is older than you care to admit in public, well, you’re not alone.

Baby Boomers are retiring and taking with them the skills to run legacy technologies upon which organizations still (amazingly) rely – from AS/400 wrangling to COBOL development. That leaves many CIOs in a tight spot, trying to fill roles that not only require specialized knowledge no longer being taught but that most IT professionals agree also have limited long-term prospects. “Specific skill sets associated with mainframes, DB2 and Oracle, for example, are complex and require years of training, and can be challenging to find in young talent,” says Graig Paglieri, president of Randstad Technologies.

With all eyes on IT’s future – artificial intelligence, advanced analytics, IoT, cloud computing, and more – it’s a tough sell convincing IT talent that there’s value in tending to the past. The potential talent pool for legacy tech skills is only made smaller as demand for IT workers continues to rise (some 13 percent through 2026, according to the U.S. Bureau of Labor Statistics) and the unemployment rate for the professional, scientific, and technical services hovers around two percent.

Yet several aging platforms and programming languages remain in use – and in many industries, they remain vitally important to the day-to-day operations of the business. That means talent headaches for CIOs that require some clever solutions.

Let’s examine three categories of legacy tech skills that CIOs may still need for the foreseeable future, according to IT leaders and recruiters:

Many retail point-of-sale systems in use today were written in the now-obsolete Assembly programming language.

Fortune 500 companies from JPMorgan Chase to Northrup Grumman have current job openings for COBOL developers. Meanwhile, many retail point-of-sale systems in use today were written in the now-obsolete Assembly programming language – leaving retail CIOs hunting for programmers who can take care of them. “It’s crazy,” says Bill Reynolds, a spokesman for Foote Partners, which conducts IT salary and skills pay market intelligence for the U.S. and Canada.

In many cases, the task of maintaining these legacy applications may be best outsourced. Those CIOs who need to keep the know-how in-house need to get more creative. They may seek out lower-level developers with a desire to learn and pair them with senior-level mentors. IT leaders can also market these roles as a way into the organization for those who may lack other specific technology skills that would otherwise get them hired.

IT leaders can sweeten the deal by offering earlier advancement opportunities to programmers willing to learn these skills – or the chance to help manage a longer-term migration to a newer platform.

[ How can you make this relationship work? Read Millennials vs. Boomers: 5 ways to end bickering and ensure knowledge transfer. ]

At one point it was estimated that some 90 percent of core systems in the Fortune 500 ran on mainframe servers – and even now, in the cloud era, the old iron remains a component of many mission-critical operations. Many of the IT pros who have managed these servers for years, however, have called it quits.

What’s more, in recent years many entry-level jobs in these areas have been jettisoned, weakening the IT organization’s mainframe bench strength. “These legacy skills are all but gone in many companies, and they will continue to disappear,” says Kanak Rajan, partner in Mercer’s Human Capital Practice, who adds that an outsourced or consultant-led model can give CIOs more flexibility in dealing with diminishing mainframe know-how.

IT leaders can also look to third parties for staff augmentation or remote infrastructure management services, or invest in mainframe training for younger employees, depending upon how long they anticipate their mainframe needs will last. Entry-level project coordinators or tech support people can be good candidates for legacy tech roles because they have some technical savvy, have been in contact with different facets of the IT environment, and are often willing to learn, says Paglieri of Randstad Technologies.

As companies move to more commoditized storage infrastructure options with fewer data management capabilities, the call for traditional storage engineers is waning. However, even as companies embrace cloud and hybrid cloud options, they may still need these skilled professionals to apply their talent in new ways, such as developing the data management policies and frameworks for their evolving and increasingly complex mixed environments.

However, “there’s a lot of legacy tech storage,” says Reynolds of Foote Partners. That may be why, according to a 2017 survey conducted by Indeed Hiring Lab, Baby Boomers were three times more likely than millennials to click on a storage engineer posting. That could leave many IT leaders in the lurch as these older engineers fade away. Longer term, ”CIOs will fill these jobs with consultants and contractors or use third-party managed services to essentially mothball these full-time roles,” says Reynolds.

Just as important as this disappearing legacy tech savvy are the soft skills and industry experience that retiring Baby Boomers possess. That can be an even bigger concern for many CIOs, Reynolds says, than the loss of a particular base of technical knowledge.

“Older tech workers hold more industry-specific skills by pure virtue of many years working in a single industry or industry sector,” says Reynolds. “Watching how that industry or those segments have evolved over time offers valuable institutional knowledge and, more importantly, instincts about customer behavior. The only way to replace these skills is through mentoring programs.”

Veteran IT professionals’ accumulated technological expertise and deep understanding of their customers’ needs also makes them successful intrapreneurs. “[One] employer phased out its early retirement programs when they discovered that their older workers not only had great ideas for making procedures and processes more efficient, but their innovations also produced significantly higher returns for the company than those of workers in younger age groups,” says Reynolds. One solution: IT leaders can bring boomers back as consultants or advisors to help impart this knowledge to up-and-coming IT professionals.

[ Read our related story, How one CIO thinks outside the box to fill cybersecurity jobs. ]

Topics
IT Strategy
Talent
IT Talent

Having had a class in Fortran (Assembly Language based), and at a later University for some post-bach study that included some Mainframe, found this article informative that their is still a market for such Legacy I.T.! (Noteworthy that you mentioned COBOL as well.)

Cannot help noticing that the solution mainly seems to involve outsourcing. All this does is move the training and source of skills requirements from internal to external. Many of these legacy products are in a support only phase so maybe this is OK although, as many companies are discovering, legacy products often have obscure security holes that need to be urgently patched.

I was an AS/400 RPG/COBOL programmer who left the field in 2007 because of corporate America's thirst for outsourcing. Companies have no one to blame but themselves for the desperate hiring situation they're now in. The problem is only going to get worse because of their lack of loyalty to their employees, many of whom are now retiring and taking their legacy skills with them. Shame on you corporate America!!

This article is a littered wasteland of misinformation. What do you know about assembler coding or more correctly the High Level Assembler? Have you done any? When was the last time you went to a mainframe technical conference such as SHARE? Are you familiar with the zNEXTGEN project at SHARE, which has college and university representation? IBM has had record sales of the z14 and the rack-mounted z14 zR1 mainframes - more MSUs shipped. Do you know that the z/OS mainframe operating system can run on a laptop? What about the DS8880 storage array? Global mirroring? Linux, Java, JSON, Perl, web services, and OPEN SOURCE all run on System z. Enterprise COBOL Version 6.2 is state of the art and fully web enabled. The hardware is fully virtualized - unlike anything on INTEL. Are you familiar with the Master the Mainframe Contest? zUniversity? PLEASE stop sowing the seeds of despair until you have your facts.

What is your point Bill? You really didn't say much about the author's facts.

There is no U in Northrop.