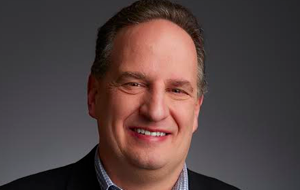 Allan Leinwand is chief technology officer at ServiceNow.  In this role, he is responsible for overseeing all technical aspects and guiding the long-term technology strategy for the company.

Before joining ServiceNow, Leinwand was chief technology officer – Infrastructure at Zynga, Inc. where he was responsible for all aspects of technology infrastructure used in the delivery of Zynga’s social games including data centers, networking, compute, storage, content distribution and cloud computing.

Previously, Leinwand was a venture partner for Panorama Capital, LLC where he focused on technology investments in data networking, open source software and cloud computing. Prior to this role, he served as an operating partner at JPMorgan Partners.

In 2005, Leinwand founded Vyatta (acquired by Brocade), the open-source networking company.  From 2001 to 2004, he was president and co-founder of Proficient Networks, Inc. From 2000 to 2001, Leinwand was chief technology officer and vice president of engineering at Telegis Networks, Inc. In 1997, he joined Digital Island, Inc. at inception and served as its vice president of engineering and chief technology officer through the company’s IPO and secondary offering.

From 1990 to 1997, Leinwand served as manager of consulting engineering and senior software engineer at Cisco Systems, Inc. helping to build and engineer service provider and enterprise networks worldwide.  He co-authored "Cisco Router Configuration" and "Network Management: A Practical Perspective" and has been granted a patent in the field of data routing.

Leinwand currently serves as an adjunct professor at the University of California, Berkeley where he teaches on the subjects of computer networks, network management and network design. He holds a bachelor of science degree in computer science from the University of Colorado at Boulder.

IT teams are highly technical and highly human: Pay attention to both elements or risk losing your...

For the past several months, I’ve been calling for organizations across the industry to adopt the...

I hear it nearly every day – the lament of teams trying to transform their enterprise from '80s-era...