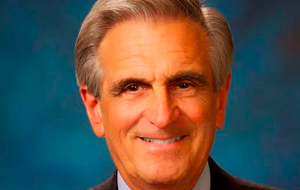 As founder and CEO of The Feld Group — based in Dallas, Texas — Feld built a team of information technology executives that enabled dramatic results in Fortune 500 companies through the transformation of their own IT organizations. This was an interim two-year turnaround model with 7 to 8 teams of approximately 50 people. The Feld Group was acquired by EDS in 2004, which was subsequently purchased by Hewlett-Packard in 2008. During this time, Charlie led the development of EDS’portfolio of service offerings and solutions in Infrastructure, Applications and Business Process Outsourcing. He also led the Core Integration and Architecture and the office of the Multi-Year Plan. He was responsible for the office of the CIO and the EDS Fellows, a group of Electronic Data Systems Corp.'s most innovative thought leaders.

In September 2008, Feld retired as a Senior Executive Vice President and Member of EDS’ Executive Committee. In 2009, Feld launched The Feld Group Institute, a leadership development firm that is using all of the learnings out of the decades of running IT organizations.   Currently the Institute is working with a number of Fortune 50 companies developing the next generation of Business and IT Leaders i.e.:  FedEx, Bank of Montreal, Cummins, Intel and others.

Feld has garnered accolades from numerous sources, including Business 2.0 and Computerworld magazines. He has also been featured in InformationWeek and CIO magazines, which placed him among its “ 5 Top CIOs”  in 2001. In 1997, Feld was named “ One of the 12 Most Influential IT Executives of the Past Decade”  by CIO magazine and Computerworld named him as one of “ 25 IT People to Watch in 1998.”  His articles on IT leadership topics have appeared regularly in Computerworld Executive Suite, Harvard Business Review, and CIO magazine.  He has received several industry awards, including the Smithsonian Award for Technology Excellence and the Carnegie Mellon Award for Innovative Technology.  In addition, The Feld Group’s work has been the subject of multiple case studies appearing in the Harvard Business School, MIT and McKinsey Quarterly.   Feld has also authored two books on Leadership – "The Blind Spot: A Leader’s Guide to IT-Enabled Business Transformation" and "The Calloway Way-Results & Integrity."

The Dallas CIO of the Year Awards program honors North Texas-based CIOs who have demonstrated...

Why a CIO's first 90 days are critical

Charlie Feld has spent decades in the IT trenches, in practice as the former CIO at Frito-Lay...