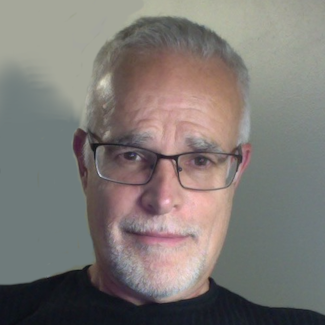 Cliff is Managing Partner of Agile 2 Academy. He co-founded the Agile 2 movement (agile2.net). He is a consultant who has long focused on combining Agile, organizational culture, and DevOps. He has been a DevOps trainer for O'Reilly Online and is a DevOps and Agile subject matter expert.

Previously Cliff was CTO and co-founder of Digital Focus (purchased by Command Information in 2006), a 1995 startup that grew to 200 people in five years and adopted Agile (eXtreme Programming) in 2000. Digital Focus built difficult B2B systems for McKesson Pharma, FedEx, CapitalOne Bank, and many others, always fixed price.

Since Digital Focus, Cliff has helped more than ten organizations adopt Agile and DevOps methods, working with leadership and teams to move the needle. In one case, a McKinsey audit of the client revealed that Cliff's team was the only team "doing real DevOps" - two years after Cliff had finished working with the team.

Cliff is the author of six books, including Agile 2: The Next Iteration of Agile, Sun Microsystems’ first book about “enterprise” Java, and the 2005 textbook High-Assurance Design, which described ways for Agile teams to build high-assurance business systems for banking and healthcare.

Cliff has always been a change agent. In 2014, not content with the Agile community’s failure to grasp what it takes to change an organization, Cliff assembled a team of org change and Agile experts and launched Transition2Agile.com. In founding the Agile 2 movement by assembling a team of 15, he is trying to change the industry for the better.

Cliff has experience with Agile and DevOps in a wide range of contexts, from large multi-product digital platforms to embedded systems. He has been a nuclear engineer, an electrical engineer, a programmer, an architect, an entrepreneur, and an executive. He has master's degrees in Operations Research and Nuclear Engineering and is an avid reader of books of all kinds, including mathematics, biochemistry, and psychology. Cliff's current focus is spearheading the application of appreciative inquiry-oriented techniques to help organizations to better align their culture to support true agility.

Want to be more agile? PeopleOps is the key

Agility is essential in today’s evolving business environment. Position your organization for...