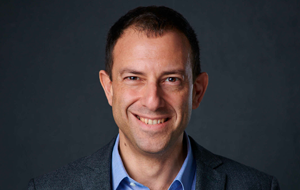 Evan Kotsovinos is the Senior Vice President and Global Head of Infrastructure at American Express, where he oversees the company’s converged infrastructure, enterprise cloud platform, mainframe systems, and global technology operations services. He joined American Express from Morgan Stanley, where he most recently served as CIO for Asia with responsibility for all technology services and resources in the region. Evan is recognized as an industry leader in cloud computing, having led the team that developed one of the first cloud computing systems in the early 2000s at the University of Cambridge.

How American Express is tapping the benefits of hybrid cloud