Writer, editor, community manager, I Am a Verb, LLC 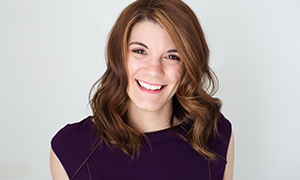 Ginny Holden is an independent consultant who brings the practice of IT to life through memorable storytelling.

Previously, Ginny served as founding community manager for The Enterprisers Project, where she helped build the site's community of CIOs, IT leaders, and readers. She was responsible for helping tell the stories of leading IT executives – showcasing the projects, experiences, and challenges they faced in their roles as IT leaders.

A former journalist, Holden worked as a government reporter for media organizations including the Associated Press, The Durham Herald-Sun, and The Hilton Head Island Packet.

5 ways to help teams step outside their comfort zone: Colorado CIO of the Year winners

How can you encourage teams to take risks and embrace change? Listen to what these top CIOs have to...

7 ways CIOs are rethinking IT training: Dallas CIO of the Year winners share

We asked award-winning CIOs at organizations large and small to share how they're providing learning...