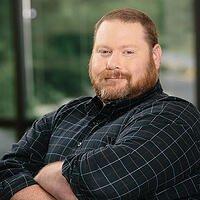 Currently senior product manager for SentryOne, Jason has worked in technology for over 20 years. He joined SentryOne in 2006 having held positions in network administration, database administration, and software engineering. During his tenure at SentryOne, Jason has served as senior software developer and founded both Client Services and Product Management. His diverse background with relevant technologies made him the perfect choice to build out both of these functions. As SentryOne experienced explosive growth, Jason returned to lead SentryOne Client Services, where he ensures that SentryOne customers receive the best possible end to end experience in the ever-changing world of database performance and productivity.

An engaged, motivated team is a productive team. Consider these strategies to ensure that your team...

Agility, collaboration, and accountability are essential to an innovative culture, but they must...

Emotionally intelligent leaders understand the difference between these two terms and apply them...