Senior VP and CIO, ON Semiconductor 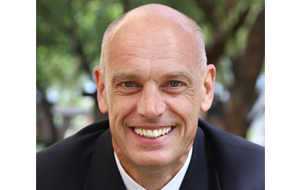 Kevin A. Haskew joined ON Semiconductor in 2011 and is Senior Vice President and CIO, responsible for the company’s worldwide information technology systems. He has built an effective and responsive global IT organization of more than 800 associates. Mr. Haskew is a recognized technology leader known for implementing distinctive IT strategies and achieving aggressive business and corporate goals by offering an exceptional blend of executive insight, IT solutions development, and strategy-based team building.

While at ON Semiconductor, Mr. Haskew has focused on forming a sound IT foundation that delivers results by aligning technology initiatives to corporate strategies with substantial improvements. He oversees the company’s infrastructure, corporate application, manufacturing applications, technology security, compliance program and global integration efforts through attained mergers and acquisitions.

In addition to key business process improvements garnering both respect and visibility from his stakeholders, Mr. Haskew’s astute business sense has been instrumental in providing ON Semiconductor with IT capabilities critical to the success of manufacturing systems and company performance while providing cost containment even in the most tedious financial times.

Prior to ON Semiconductor, he was Vice President and CIO for Bioment LLC ($3.0 billion), where he was a member of the executive team that transformed Biomet in preparation for an initial public offering (IPO). Prior to Biomet, Mr. Haskew was Vice President and CIO at ArivnMeritori, Inc. ($10 billion). Additionally, he held various IT positions within Allied Signal, Inc. (which later became Honeywell).

Want to refocus your roadmap and move faster? Here's how we're reviewing which priorities should be...