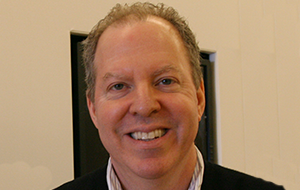 Previously, Mr. Frons was Chief Information Officer and Chief Technology Officer of Digital at The New York Times Co. Prior to being named CIO in 2012, he served as chief technology officer of digital operations for The New York Times Media Group, where he was in charge of technology and product development for digital platforms. Mr. Frons led a major expansion in technology and product development at The Times, played a major role in devising and implementing the strategy and technology behind the Times’ successful Digital Subscriptions initiative, the company’s award-winning mobile products, the recent redesign of its primary website, NYTimes.com, and the launch of new mobile products such as NYT Now and the New York Times Cooking app.

Mr. Frons is recognized as one of the leading innovators in digital media. He started his career as a journalist, a background that gives him unique insight into the capabilities for digital publishers. He was a reporter and editor at Newsweek and a senior editor at BusinessWeek before leaving there in 1995 to start the financial Web site SmartMoney.com, where he held the title editor and chief technology officer. SmartMoney.com was an early pioneer in interactive journalism and data visualization, and won several awards for its innovative technology and design. Before joining The Times, Mr. Frons was the chief technology officer for digital publishing for Dow Jones & Co., where he was in charge of technology and product development for The Wall Street Journal, Barron’s and other Dow Jones properties.

In my new role at News Corp, where there are many companies under one umbrella, from Dow Jones...

NY Times IT capitalizes on continuous delivery to move faster

“I think we really need to slow down.” That is one sentence you probably will never hear uttered by...

In the early days of the web, almost all brick-and-mortar companies woefully under-invested in...