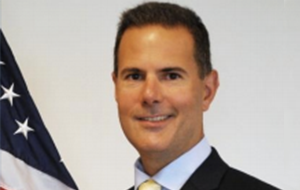 Michael Hermus is the Chief Technology Officer (CTO) at the Department of Homeland Security (DHS), working within the Office of the Chief Information Officer (OCIO). He assumed this position on June 15, 2015.

Before his arrival at DHS, Mr. Hermus worked in the private sector. He was the Chief Product & Technology Officer for House Party, Inc., a social marketing platform that leverages data and open source technology to build brands and increase sales. Previously, he was CTO for FirstCarbon Solutions, directing product design, Prior development, and operations for its sustainability software producBefore that, he co-founded and served as CTO for two software companies, Enverity Corp. and MarketXT, Inc.

Mr. Hermus earned both his Bachelor of Science and Master of Science at the Massachusetts Institute of Technology.

5 ways to nurture culture change in IT

A cloud services rollout at the Department of Homeland Security requires rethinking IT culture...

Think your legacy processes are tough? Department of Homeland Security CTO had to revamp processes...

How the U.S. DHS CTO is overcoming obstacles on the path to digital transformation

After spending more than 15 years as a CTO in the private sector, Michael Hermus wasn't sure of his...