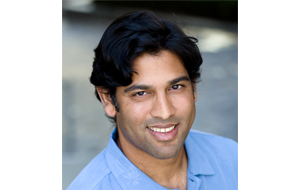 Neelan serves as President and Chief Operating Officer at Tasktop, where he oversees Customer Success and Marketing. His primary focus is helping Tasktop get its innovations to those who need them most. He is also a mentor at Capital Factory, an Austin-based incubator, and serves as a trustee at TechGirlz, a non-profit working to get adolescent girls excited about technology.

Neelan has extensive technology management experience and recently served as the COO of Lexcycle, the company behind Stanza, which became the most popular e-book reader for the Apple iPhone and iPod Touch. Lexcycle was acquired by Amazon in 2009. Previously, Neelan served as COO of SpringSource, the venture backed open source infrastructure software company behind the Spring Framework. SpringSource was acquired by VMware in 2009. Prior to that, Neelan served as co-founder and president of SolarMetric, a leading object/relational mapping provider, which was acquired by BEA Systems in 2005. At BEA, he was instrumental in the open sourcing of the acclaimed object/relational mapping tool Kodo as OpenJPA. Neelan has also worked for Andersen Consulting Strategic Services and Exxon Research & Engineering.

A graduate of MIT (and part of the well-publicized MIT Blackjack team), Neelan holds graduate degrees from Stevens Institute of Technology and the University of Chicago Graduate School of Business.

How to measure – and manage – technical debt

Technical debt is not necessarily a bad thing, as long as you know how to manage it. Consider this...

What qualities and skills define a future-ready DevOps engineer? Hint: It's about people, not code...