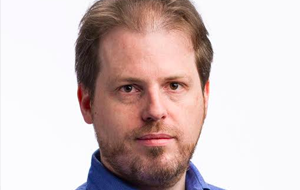 Sacha Labourey is Co-Founder and Interim Chief Executive Officer at CloudBees, the enterprise software delivery company. Sacha has been an active leader in open source software for twenty years. He was a core contributor to Marc Fleury’s JBoss project, implementing its original clustering features. When JBoss became a business, he founded JBoss’ European headquarters in 2003 and served as GM for Europe and then CTO. Red Hat acquired JBoss in 2006, making Sacha GM of their middleware division.

Sacha established the CloudBees work-anywhere approach from the start, a decade before most companies were forced to make the leap. He works from Neuchâtel, Switzerland, where he lives with his wife, daughter, and two cats. It was from Neuchâtel that he co-founded CloudBees with François Déchery in 2010.

Cloud skeptics looking for a quick ROI are missing the point. Here are three ways the cloud can...

DevOps is quickly becoming increasingly mainstream in enterprises. Why? Because a DevOps culture...