COBOL days and raised-floor nights: My first IT job 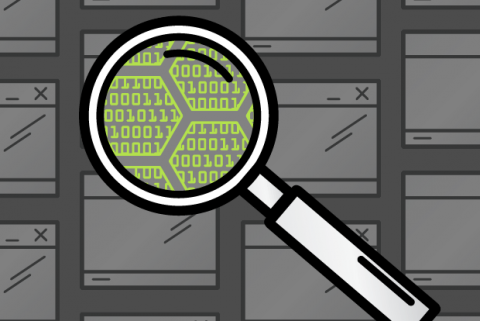 On The Enterprisers Project, we often look forward, covering technology topics and issues that will impact CIOs and their organizations in the months and years ahead, like blockchain and AI. But during the past week, we’ve been reflecting on the past as we celebrate our five-year anniversary.

We invited some of our Enterpriser CIOs and IT leader friends to join us in the time machine and set the dials back to their very first IT assignment.

If you are early in your career, you might be interested to see how some of today’s IT leaders got their start. Or if you’ve been in the field for a while, take a trip down memory lane and see just how far we’ve come since the days when COBOL was king and nobody had heard of the Web. These IT leaders were getting their first glimpses of just how much technology would change business forever.

During my first day, my boss introduced himself and then showed me some real-time assembly code that had 'a thorny bug in it.'

Tom Soderstrom, Chief Technology and Innovation Officer, NASA Jet Propulsion Laboratory: "I was hired out of college as a programmer for a contractor at the Jet Propulsion Laboratory. During my first day, my boss introduced himself and then showed me some real-time assembly code that had 'a thorny bug in it.'  He said he’d go get a cup of coffee and take a look at my solution when he got back. I had no idea how to fix it. But he was kind and showed me how to approach it. I came home that night and told my wife that she would be the only one getting a salary as I would surely be fired the next day. This was just way beyond me.

Today, looking back from a successful and technical career, remembering that feeling of being out of my depth helps me mentor IT personnel. Why? We often feel out of our depth because things change all the time. However, working in IT, we’re used to changes, and we tend to figure it out more quickly than others. And that’s what keeps our lives fun and interesting."

Cynthia Stoddard, CIO, Adobe: "From early on, I was passionate about mathematics and metrics and pursued a job at Travelers Insurance Company working on the pension calculator and the Automated Text Generator. I built upon that experience as I pursued a career in Information Technology."

I learned that my boss could instantly transport from her office to my cube to ask what I was doing. 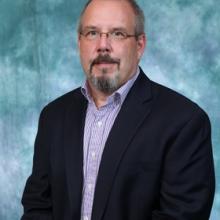 Kevin Clements, CTO, SHI International: "My first full-time job in IT when I graduated from college was as an associate systems analyst. My first assignment was to write a program in COBOL for our water-cooled mainframe. The program was supposed to merge data in two incoming text files and write the result to a DMS-II database. Of course, as luck would have it, there was a bug, creating an infinite loop under some conditions – which meant I consumed enough of the capacity of the mainframe to impact operations on the manufacturing floor. I learned a few things from this – that the data center manager could rapidly identify which job was causing the problem; that my boss could instantly transport from her office to my cube to ask what I was doing; and that I needed to test with a wider variety of inputs before migrating to production." 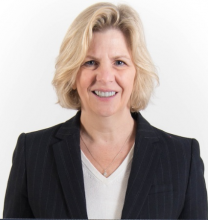 Deborah Gelch, CIO, Curry College: "My first major IT assignment was to implement one of the first PC networks at a law firm in Boston, Rackemann, Sawyer & Brewster. This is back in the days when lawyers dictated documents, their administrators typed them, and the word processing staff edited them. At the time, I was hired to support the 25 PCs that a few young associates and their admins were using.

A few forward-thinking partners decided that PCs were here to stay and they wanted them on all lawyers' and administrators' desks.

Within my first six months, a few forward-thinking partners decided that PCs were here to stay and they wanted them on all lawyers' and administrators' desks. By the end of my first year at the firm, we were well into building a local area network and placing over 250 computers around the firm. All staff and most of the attorneys adopted the new technology and process around generating and editing legal documents. This project changed the way I interpreted the field of IT. For me, it was less about the technology itself and more about how the implementation of technology can transform an industry." 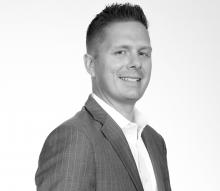 Justin Mennen, Chief Digital and Information Officer, CompuCom: "Twenty years ago, I began my technology career as a software engineer at Sprint in Overland Park, Kansas. I had the pleasure of working with a great team of senior engineers who served as mentors, providing guidance and support while teaching me about Sprint’s business. My primary responsibility was to develop computer programs in various languages (Java was my specialty) for the automation team.

The first assignment was to build an automated Java program that would read a text file maintained by my business partners, containing content and links to images, and dynamically build a website containing thousands of pages of content for Sprint’s local telephone business. Although somewhat rudimentary today, in the early days of the web, this was truly innovative and enabled our business team to build a new website every night, or on-demand, to deliver the content their customers were seeking."

Lee Congdon, CIO, Ellucian: "My first IT assignment was to build and lead a team to refactor a sales commission application written in APL (a particularly poor choice for the task) using PL/S (only a slightly better choice). In addition to the technical challenges, we experienced all of the group dynamics associated with a disruptive transformation. All in all, it was a great education for a new IT manager."

I was able to hang my own tapes and run my own jobs in the data center.

Rose Manjarres, Senior Vice President, Digital & Technology, CBRE: "My first job out of college was a programmer analyst for a small company in Plymouth, MI. The company was located in a two-story house that was expanded to include a production facility. Our IT department was located on the second floor of the house situated right next to our small data center. The firm delivered work for Ford Motor Company.

I started off as a trainee learning COBOL programming and Job Control Language (JCL). I think I learned the most at this company because it was very small – only 20 or so employees in our IT group – and the assignments were typically quick, one-off programs that needed to be written to produce a particular output. I was able to hang my own tapes and run my own jobs in the data center, so I had a lot of hands-on opportunities to learn both software and hardware aspects of programming. This was a great first job that set me up well in my technology career."

I would go to a bookstore and pick out a stack of books in the computer section to educate myself. 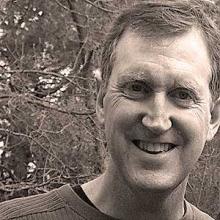 Mike Duensing, CTO and EVP Engineering, Skuid: "I started my career as a software developer. Because it was a startup, we had to wear many hats, and it required that I also get involved with configuring systems and networks as well. When I was first starting my career, there were numerous times where I was asked ‘can you build this,’ or ‘can you do this.’  My answer was always yes, even if I had no experience with the problem to be solved. What I would then do was go to a bookstore and pick out a stack of books in the computer section (this was before the Internet) to educate myself on how to achieve the desired outcome. Following this, I would then go and build what was needed. The great thing about this was that I learned many new skills and I was seen as someone who could get things done, which led to advancement in new roles and ultimately my career."

What do you remember about your first IT job? Share your memories in the comments field below.

Ah, one's first jobs! I remember a situation akin to Mr Clements where I was blanking out a data field using the length field in it as a guide as to when to stop. I miscalculated somehow and it went through storage blanking everything in its path until it my code tried to blank itself out and it crashed. It was a very crude operating system though; Card BPS! I can still see that core dump now with thousands of 'O's and my instruction sitting there among the rubble of my program.