There’s plenty of nuance in the numbers and hype surrounding 5G. Let’s dig into data around speed, coverage, spending, and related issues for enterprise IT leaders. 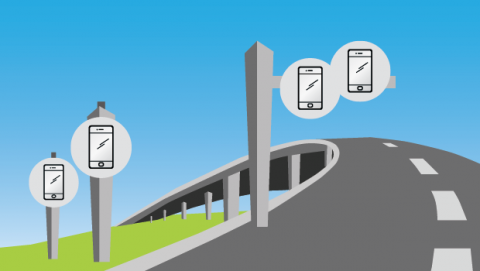 5G is a good example of an IT reality: The Next Big Thing is rarely, if ever, an overnight sensation.

Rather, most significant trends take years of development, testing, and iteration. 5G is no exception – it’s been in the works for a while and is among the more hyped technologies of the moment, but by most accounts, its future promise still far outsizes the current reality. As IDC analyst Jason Leigh told Star Tribune last year, 5G rollouts will be “deliciously messy.” While Leigh’s excited about the future of 5G, he notes that “it’s not an easy road forward.”

Similar takes abound online: There’s lots of forward-looking enthusiasm about 5G, but the discussion takes a decidedly more somber tone when it turns to current availability and capabilities. Don’t expect that to actually slow the hype train down, however: 2020 is generating a new wave of enthusiasm as device and network availability increases, and there are lots of stats out there that speak to this building momentum.

Of course, there’s plenty of nuance in the numbers: Not everyone’s amped up for 5G. In fact, plenty of IT and business executives are decidedly tepid on the next generation of wireless technology. And one of the data points evokes part of the chorus from that old Rockwell song featuring Michael Jackson: “I always feel like somebody’s watching me / And I have no privacy.”

Confused? We’ll explain as we break down 12 stats (and then some) about 5G.

The state of 5G: 12 statistics

100: Much of the promise of 5G hinges on a powerful combination: fast speeds and low latency (as in much faster speeds and much lower latency than 4G LTE connections). Just how much faster is an area of considerable debate, one that highlights the gap between current reality and future promise. Take the number 100: It represents a widely used claim about 5G, which is that it promises to be 100 times faster than 4G. That’s based on the theoretical max speed of both wireless generations, though. In other words, it’s a lofty claim, especially today. Actual performance will vary based on a wide range of factors.

10 million: The approximate number of 5G wireless connections in 2019, according to IDC.

1.01 billion: The approximate number of 5G connections that will exist in 2023, also according to IDC. That would mean a 217.2% compound annual growth rate (CAGR) over the five-year period spanning 2019 through 2023. (As a different measure of growing interest in 5G, IDC made these predictions in December 2019 when the firm announced its first-ever 5G worldwide forecast.)

8.9 percent: In spite of the kind of growth that adds zeros to the end of an already large number, IDC anticipates that those 1.01 billion 5G connections will represent just 8.9 percent of all mobile device connections in 2023. (Among other reminders offered by this number: 4G isn’t going anywhere anytime soon.)

53 percent: Not everyone is gaga for 5G: More than half of the roughly 1,800 technology and business executives surveyed last year for an Accenture report said that 5G would enable them to do “very few” things that they couldn’t already do with 4G.

37 percent: Of that same pool of executives, all of whom worked for midsize or large companies, fewer than two out of five (37 percent) said they believed 5G would deliver a “revolutionary” change in speed and capacity. The “no big deal” attitude might be misguided, though. As John Walsh, Accenture’s group chief executive for communications, media & technology, told us recently: “5G is poised to create a revolutionary, versus an evolutionary, wave of change and innovation across our world.”

$4.2 billion: The amount that Gartner predicts will be spent on 5G wireless network infrastructure worldwide in 2020. That would be a $2 billion increase (up from $2.2 billion) from 2019 spending, according to the research firm.

$1,099.99: This is the retail price of a new Samsung Galaxy Note10+ 5G from Verizon Wireless, based on a recent visit to the provider’s website. That’s actually a break on the full retail price tag of $1,299.99. There are a couple of factors worth, um, noting here: One, the regular 4G model of Galaxy Note10+ is already considered one of the highest-end – and therefore, higher-priced – smartphones on the market. Second, the 5G model is one of the few 5G-enabled phones on the market, period. Early adoption doesn’t come cheap.

$200: Even at that reduced price, the Samsung Galaxy Note10+ 5G will set you back $200 more than its 4G sibling – again, based on a recent visit to Verizon Wireless’ website. To be sure, these are consumer retail prices, and a better deal might be had for someone who is a new customer (meaning you’re willing and able to switch from your current wireless provider). Even large enterprises, though, will likely need to grapple with an underlying truth here: A full-bore move to 5G will mean new devices, and those devices cost money.

As Jack E. Gold, founder and principal analyst at J.Gold Associates, LLC, wrote recently for The Enterprisers Project, this is one of five key questions IT leaders will need to ask before deciding whether or not it’s time to make the jump to 5G: “Is the company willing to cover the cost of new devices?” (Gold notes that the cost calculation will be different in BYOD settings.)

0: As in zero, zilch, none: The number of 5G-enabled Apple iPhones currently available on the market. That includes the newest iPhone 11 models released in 2019: None are equipped to connect with 5G networks. Some consider this a just a matter of time and expect Apple to release a 5G iPhone sooner rather than later, possibly in 2020. Others see it as a sign that 5G is not quite ready for prime time. Regardless, iPhone users aren’t actually able to connect to 5G networks today.

70 percent: We close with an update from the “No, that’s not creepy at all, why do you ask?” department: Gartner expects outdoor surveillance cameras to be the largest market for 5G Internet of Things (IoT) solutions during the next three years, with the devices capturing a whopping 70 percent of the 5G IoT solutions market in 2020. That share will necessarily shrink as other 5G IoT solutions come on the market, but Gartner predicts that outdoor surveillance cameras will still account for nearly one out of every three (32 percent) installed 5G IoT endpoints at the end of 2023.