What is Mobile Edge Computing (MEC)?

Mobile Edge Computing (MEC), also known as multi-access edge computing, is like the outermost edge: It's our ubiquitous mobile devices and applications and the copious amounts of data they consume and produce. And it will grow exponentially with the advent of 5G 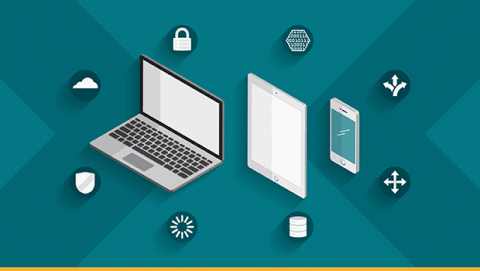 You thought you had the basic concepts of edge computing down pat, and then someone had to come along and throw the word “mobile” in front of it.

While we’re well familiar with mobile and might be able to deduce its meaning when paired with edge, it actually gets a little more confusing: Mobile edge computing (MEC) has given way to a more current term with the same acronym: Multi-access edge computing. So what is it?

One way to think about MEC is that it’s like the edge of the edge – the outermost edge being our ubiquitous mobile devices and applications and the copious amounts of data they both consume and produce. And this outermost edge is going to grow exponentially (again) with the advent of 5G.

[ Get a shareable primer: How to explain edge computing in plain English. ]

MEC is essentially where mobile networks and the internet meet and hand off traffic. It's also a standards framework.

“MEC is all about the intersection of the wireless edge and the infrastructure edge – essentially where mobile networks and the internet meet and hand off traffic,” says Jacob Smith, VP of strategy at Equinix Metal.

“By placing traditional digital infrastructure next to mobile networks (and working out all the technical details to translate between the two), operators are able to drive substantial improvements in performance and latency for new use cases like mobility, gaming, video streaming, and IoT – all of which are increasingly enabled by a combination of wireless and traditional internet infrastructure,” Smith says.

MEC is not just a concept; it’s also a standards framework developed by the nonprofit group ETSI. Smith notes that ETSI pivoted the term from “mobile” to “multi-access” around five years ago to reflect the dramatic expansion of connected devices and applications. This isn’t just a smartphone story. MEC is essentially about the relationship between edge computing and mobility in the broadest sense, meaning video cameras, mobile or remote medicine, IoT in all its iterations (including industrial IoT), gaming (including AR/VR), connected vehicles, and many other contexts.

The MEC and 5G connection

Put another way: MEC basically means colocating edge devices with mobile network infrastructure, says Dan Florence, a senior manager for the networking segment at Micron. Florence notes that MEC shares the same goals as edge computing in general: moving more computing functions closer to where data is generated and decisions are made to enable faster, more efficient responses. “This in turn is expected to open up new applications requiring low latency and/or high bandwidth,” Florence adds.

Mention “low latency and/or high bandwidth” in an IT conversation these days, and you’re almost certainly going to hear about 5G.

Enter Raj Radjassamy, 5G wireless segment leader at ABB Power Conversion, with a particularly focused definition of MEC: “It is an edge server in a telecom setting – specifically for 5G.”

5G is commonly seen as the technology, paired with edge computing architecture, that will solve one of the most pressing challenges of an increasingly connected world – latency – while simultaneously delivering high bandwidth (i.e., lightning-fast speeds).

“At a basic level, latency is the time delay between a user taking an action and then seeing a response,” says Dan McConnell, chief technologist at Booz Allen Hamilton. “It is the difference between clicking a button and waiting five seconds for a response versus half a second. And with the explosion of data being collected and processed for high-intensity AI/ML algorithms, there is a high premium on ensuring that data-driven insights are able to reach users as fast as possible.”

Edge servers can boost performance and reduce latency by bringing compute and other resources physically close to where they’re needed.

Edge servers in any context can boost performance and reduce latency by bringing compute and other resources as physically close to where they’re needed as possible. Since 5G is all about high speed and low latency, the two technologies pair well. Actually, the relationship is deeper than that: Widespread availability of 5G networks – and the massive amounts of hardware and software that will connect to those networks – will actually require MEC.

“We know 5G could improve everything from simple video conferencing to telemedicine to operations on a remote oil field,” says Jeffrey Ricker, CEO and co-founder of Hivecell. “However, 5G does nothing for the network backbone from the towers to the data centers. As such, 5G could easily overwhelm the fiber networks, the data centers, and the cloud.”

MEC is focused on bringing the power of those resources closer to where they’re needed.

“MEC is the culmination of the trend where everything moves to the cloud, and then the cloud in turn moves closer back to everything,” says Amit Bareket, CEO and co-founder of Perimeter 81. “The increasingly sophisticated and critical applications that we run must connect to hardware somewhere, which hosts it and serves it to us.”

A beneficial relationship between edge and hybrid cloud

If that fundamental process takes too long, you could argue that the promise of 5G (and intersecting trends such as IoT) will be broken. This is yet another connection point between edge computing and the hybrid cloud model. As Rosa Guntrip, senior principal marketing manager, cloud platforms at Red Hat, explains, the former complements the latter because “centralized computing can be used for compute-intensive workloads while edge computing helps address the requirements of workloads that require processing in near real time.”

While MEC has wide-ranging possibilities across business, government, and consumer contexts, it is particularly important in any high-stakes scenario, such as medicine, public safety, the military, or autonomous vehicles.

“One of the use cases of 5G is ultra-reliable low latency communication (uRLLC) that involves self-driving vehicles, remote medical surgeries, EMS, and more,” Radjassamy says. “All those applications are mission-critical and cannot tolerate long latencies. uRLLC targets less than 1ms of latency in communication between the end user and server, and it is the MEC that would help to make it a reality.”

So while MEC might improve, say, your augmented reality video game experience, there are some settings where it might literally be a matter of life or death.

“These emerging capabilities will have transformative effects on what’s possible for defense, humanitarian assistance, and disaster recovery missions, and other areas where edge computing and processing can save lives,” says McConnell from Booz Allen Hamilton.

MEC is fundamentally about extending the edge: It pushes compute power even closer to end users, notes Ryan Shultz, enterprise architect at Involta. This has significant implications for individuals and organizations alike. It could help bridge the gap between reality and future possibility in another key area, too: Rural connectivity.

“The business need for MEC continues to evolve as technology and IoT requires more compute closer to the field, specifically in the agriculture, wind energy, and oil and gas industries, often located in rural areas,” Shultz says. “Increased usage of sensors for the collection of massive amounts of data in locations with limited high-speed connectivity will drive the demand for MEC to allow for spot analysis and aggregated return of the data.”

In this manner, MEC could even have an equalizing effect: The promise of IoT, AI, 5G, and other emergent technologies need not be the sole purview of massive tech companies or urban/suburban residents.

“MEC not only provides flexibility to the user, but it also provides a new revenue stream for the cell tower owner – a win-win which could enable more AI, data analysis, and aggregation business opportunities in rural America,” Shultz says.