Curious how Raspberry Pi is being utilized after 10 years? Check out these examples of the fun and practical ways everyday people are benefiting from this low-cost, high-performance computer 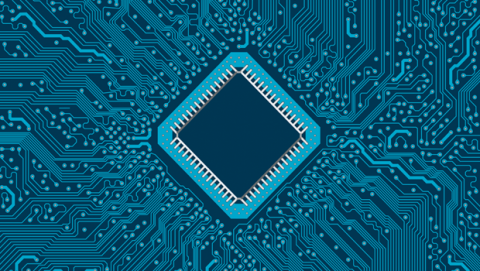 Ten years after its initial launch, Raspberry Pi is more than just a computer. It has created (and entertained) a community of professionals, inspired students, and encouraged general enthusiasts to break the boundaries of technology. Given its affordability, it's especially appealing to a younger generation and remains a top player in STEM education, but even IT managers and other tech professionals still utilize Raspberry Pi to this day.

To celebrate Pi Day (3.14), I asked our community to share the ways they're using Raspberry Pi today: whether they discovered it along with their children, use it for entertainment at home, or incorporate it into their daily hybrid work. Check out what they said they're still loving about Raspberry Pi all these years later.

1. Unleashed the creativity of the Maker movement

“I’ve been a huge fan of the Raspberry Pi since the very beginning. At $35, it shattered so many barriers for adoption. For one, it unleashed the creativity of the Maker movement resulting in projects that would have never been possible before. More importantly, its low cost made computing in the classroom and STEM environments affordable and approachable around the world. Personally, the Raspberry Pi played a huge role in my daughter’s decision to pursue a degree and career in computer science.”

Lauren Egts shares her story in this post from Opensource.com.

2. Helped with a kids programming club

“We set up a kids programming club at my workplace following the CoderDojo model. CoderDojo has a community of 2,416 free, open and local programming clubs for young people. As a Champion, it was my responsibility to ensure the kids had a curriculum and machines to attend the coding camps. CoderDojo provided a syllabus suitable for all ages, which referenced the projects listed on Raspberry Pi’s website. Due to IT security policies at our workplace, the kids couldn’t bring in their own devices and the company did not have spare laptops that could be used just for the coding camp. The solution to hosting a coding camp in a strict IT workplace was to purchase Raspberry Pis. The Raspberry Pi enabled us to set up the coding camp classroom quickly, only requiring a screen, mouse, and keyboard to get started. We were able to quickly and cost-effectively get up and running with minimal IT support.”

More details about the CoderDojo community can be found here.

3. Used as a media center at home

“There are lots of ways I’ve used a Raspberry Pi lately. I use it as a media center. I have it hooked up to my TV so that I can watch movies, TV shows, and listen to music on demand. I also use my Raspberry Pi as a home automation controller. I’ve connected it to my lights, fan, and heating system so that I can control them all remotely from my phone or computer. Lastly, I’ve used it as a learning tool for kids. I’ve set up a few different educational games and programs that allow kids to learn about things like math, science, and history in a fun and interactive way.”

[ Watch your favorite shows and listen to music on the Pi: How to use your Raspberry Pi for entertainment ]

“Raspberry Pi has several benefits. I use it with my colleagues for remote working but haven’t yet used it at home with my family. In my opinion, the small footprint and low energy demands of Raspberry Pi make it ideal for remote deployment. Apart from that, accessing Raspberry Pi from another computer is one of the most common things I use it for. To do that, there are many different ways for remote access to Raspberry Pi. Most commonly I use one of two techniques: SSH and VNC.”

[ Read also: Why use a Raspberry Pi to power your business ]

“With domestic fuel prices soaring in Europe, I worked on a fun project using off-the-shelf hardware (Raspberry Pi and software along with the MongoDB application data platform) to help better understand and monitor energy usage in my household. By being able to store and visualize the data in MongoDB, I have already reduced my expected bill by almost $200 per month. Readers looking to make their own households more sustainable should enjoy this step-by-step series.”

John pulled together the step-by-step process for this project on his blog. 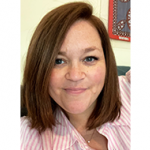 Katie Sanders is Content Manager for The Enterprisers Project, seeking contributors with expertise that can be shared with CIOs and IT leaders. She is eager to find the best voices to provide quality thought leadership and insights and leave readers with actionable takeaways.
More about me