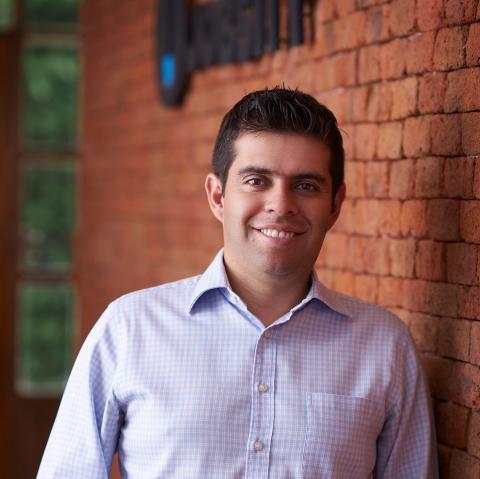 Andres Garzon is the CEO and Founder of Jobsity.

After graduating from the “Universidad San Francisco de Quito” in 2003, Andres received an MBA from Fordham University in New York City. During his postgraduate studies, Andres bet everything on South American talent. Recognizing that there was both a shortage of good programmers in the United States and an abundance of talented programmers in South America, Andres founded Jobsity. Jobsity is an innovative company that helps US companies hire and retain Latin American programmers.

Today, Jobsity's headquarters are in New York and it employs over 450 team members distributed across 14 countries, including Ecuador, Colombia, Brasil, Argentina, and more. Jobsity generates over 20 million annually by supplying talent to prominent clients such as Zebra Technologies, Koch Industries, Socialive, and McGraw Hill, in a wide breadth of industries including fintech, health tech, real estate, SaaS, and enterprise.

One of Andres’ major achievements was to run the team that built the NBC Olympics Site, a web property that successfully hosted more than three billion visits in one week. Additionally, recognizing Jobsity’s innovative business and employment model, the world-renowned Endeavor chose Jobsity as an Endeavor Partner in 2017, making Jobsity the third Ecuadorian company to achieve that merit.

Agile: 3 ways your organization can benefit during hybrid work

In a world of remote and hybrid work, distributed teams, and changing customer needs, Agile can help