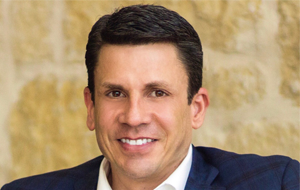 Jay is a frequent speaker and guest lecturer around the world. He has been featured in multiple publications, including Forbes, Wall Street Journal, Harvard Business Review, and CIO Magazine. In recognition of his accomplishments, Jay was selected as Georgia CIO of the Year in both 2011 and 2015, Computerworld Premier 100 IT Leader in 2015, CIO Magazine CIO 100 in 2015 and Global CIO Breakaway Leader in 2013.

His commitment and dedication to giving back to the community is evidenced by the time and energy he contributes. In 2007, he founded the nonprofit group, Priscilla’s Promise, in honor of his late wife. Jay has been elected to multiple boards, including TechBridge, PowerMyLearning, and the American Cancer Society. Jay earned both his Bachelor of Arts degree in Political Science and his Master of Business Administration degree from The University of Georgia and lives in Atlanta with his three sons.

Look at the business’s overall revenue plans and projections as your own, says CIO Jay Ferro. That's...

How do you praise progress in the modern enterprise? That topic is always on our minds here at the...

The many benefits of a CIO-CMO alliance

I have a close working relationship with the chief marketing officer at the American Cancer Society...

Productivity Hacks: Take your to-do list to the next level

This is the second installment of our mini-series on Productivity Hacks, where we share tips, tricks...