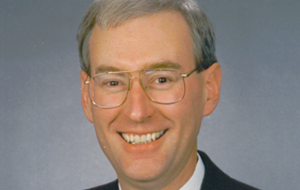 Cliff has held a variety of roles with major global corporations including Barclays, M&M Mars, Diageo, Northwest Airlines and Hyatt Hotels & Resorts. These roles have spanned application design and development; infrastructure architecture and operations; and information security. Cliff has been with Hyatt Hotels & Resorts for six years, with responsibility for technical services and information security for Hyatt’s 500+ hotels in 45+ countries. Hyatt is an early adopter of the concepts of cloud computing and has moved the majority of its systems to “as a service” providers. Having run many large data centers in the past, Cliff is enjoying the challenges of operating in this new paradigm. Cliff is originally from England and has worked in various countries in Europe and Asia prior to and since relocating to the USA. Cliff is a pilot who flies search and rescue missions for the Civil Air Patrol. He has two grown sons who have followed him into the IT business and is married to Sally who practices homeopathy.

IT security from the start: 3 ways to make it a business priority

One of the biggest priorities in IT this year will be to finally resolve the ongoing debate: Who is...

CIOs: Show your value by demonstrating these critical skills

Should CIOs be thinking like marketers? Consider what your enterprise sells. Unless you sell...

Enriching the customer experience with technology

One of my hot-button topics right is how lackadaisical the United States is in implementing chip-and...

4 IT leaders discuss IT's role in the Internet of Things

It’s no longer enough to offer a great position and salary package to talented IT professionals. In...