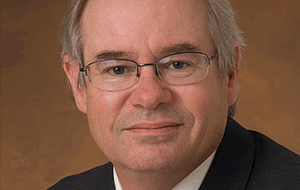 Tom serves as the Chief Technology and Innovation Officer, in the Office of the CIO at NASA's Jet Propulsion Laboratory, where his mission is to identify and infuse new IT technologies into JPL's environment.He has led remote teams and large scale IT best practices development and change efforts in both small startup and large commercial companies, in international venues, and in the US Government arena. Some of the companies he has worked for include Telos, enterWorks, User Technology Associates, Digital Island, Exodus, Cable & Wireless, and Raytheon.Tom has been both a frequent producer and consumer of advanced collaboration and engineering tools and practices as his ventures have always included a highly distributed workforce that required advanced collaboration practices. Lately, he has sponsored an effort to bring Social Networking, Virtual World, Virtualization and Cloud Computing technologies into effective use at JPL. In so doing, he learned a lot from his teenage daughters and their peers as well as from startup companies.

At JPL, colleagues are chatting with intelligent digital assistants to get answers and collaborate...

In the continuing IT balancing act between development and operations teams, new technologies are...

Don't let IT process stand in the way of good ideas

How does leadership evolve in an IT organization? In the old days leadership meant saying, “Okay...

The to-do list for today’s most innovative IT organizations continues to grow beyond technology...

Enterprisers Project 3-year anniversary: A look back at top articles and what's changed for CIOs

This week, The Enterprisers Project celebrates its third anniversary. We've had a front-row seat to...