CIO role 2020: Everything you need to know about today’s Chief Information Officers

What does a CIO do in 2020? How has the CIO skill set changed? What’s coming next as the CIO role evolves? Everything you need to know about CIOs - including advice for aspiring CIOs from people who’ve made the leap

How do you become a CIO? CIO career path

Customer experience expertise is important, as is the ability to manage people amid great change and uncertainty.

How do you prepare yourself to earn a CIO role? It’s definitely not just about your tech cred anymore: The qualifications and traits that companies want range from communication skills to business acumen to empathy. Customer experience expertise is important, as is the ability to manage people amid great change and uncertainty. You’ll also be expected to influence the larger organization.

To keep progressing on the CIO career path, look for opportunities on cross-functional teams that will let you demonstrate these skills - and build business knowledge in areas such as supply chain, finance, or marketing. Rotational opportunities to work in other groups can also prove useful.

Work on your personal brand, including a LinkedIn page that tells your story, and seek out speaking opportunities at industry events. You can count on interviewers investigating your ability to speak to audiences ranging from customers to non-technical audiences.

However, tech chops still matter, says Net Health CIO Jason James: “Beyond understanding that having a firm grasp on the business is just as important as the technology, aspiring IT leaders must be strong technologists before taking their first CIO job. Too often, I see people in other C-Suite positions think that they can have a strong business leader with a weak technical background serve as CIO, and simply rely on other tech specialists in the company to fill the knowledge gap.

“If the CIO doesn’t have a strong grasp of technology – from IT automation to DevOps to cloud technologies – that person will ultimately struggle in the role,” James says.

James took his first effective CIO job back in 2006 at Servigistics, a provider of service lifecycle management software that was acquired by PTC. He started as a network engineer and became vice president of global IT. 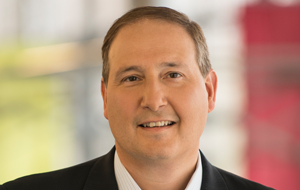 Vanguard CIO John Marcante recommends that an aspiring CIO should practice thinking like a gardener, not a chess master. As he puts it: “Prepare yourself as a 'blended' executive with a passion for the business and technology. It’s important to have skills and experiences outside of IT. That said, you have to have a true understanding of technology and what it can enable in your business. Remember you are part of a team that includes senior executives and board members. Build relationships and never put yourself first. The order should be clients, crew, colleagues, community, and then you.

“Gen. Stan McChrystal once said that the temptation to lead as a chess master, controlling each move of the organization, must give way to an approach as a gardener, enabling rather than directing,” Marcante notes. “A gardening approach to leadership is anything but passive. The leader acts as an 'eyes-on, hands-off' enabler who creates and maintains an ecosystem in which the organization operates. Another way to think about it is that gardeners don’t produce fruit, plants do. Gardeners enable their growth.”

While on the CIO career path, you should also prioritize caring for your professional network, advises Deborah Gelch, CIO of Curry College. “If you don’t have a robust network of IT professionals with every aspect of the IT skill set, develop that team now. These colleagues will be your future hires, consultants, and vendors,” she says. “My best hires and vendors are the ones with whom I have maintained a relationship with for years. Your team and your network of connections are key to your success.”

[ Read also: 7 ways to win the CIO role you covet and Is your IT career stalled? 7 tips to get back on track. ]

Does a CIO need a technical degree anymore?

Given the role described above, does the CIO need a technical degree in the digital age?

As we recently reported, “Many IT leaders say the answer is no ­– with some important caveats. CIOs don’t need to have an engineering or technology-related diploma, says Larry Bonfante, veteran CIO and founder of executive coaching and consulting practice CIO Bench Coach, but they do need an understanding of what’s possible and how to leverage technology.”

Melissa Swift, leader of Korn Ferry’s Digital Advisory for North America and Global Accounts, points out that businesses such as Cisco, GE, and Petco have appointed top IT leaders from finance, marketing, and supply chain backgrounds – while adding diversity to the ranks - with success.

Consider this data point: 96 percent of technology hiring professionals said that over the past two years it has become more acceptable to hire technology candidates with alternative qualifications, according to a survey conducted by talent management software maker iCIMS. “We’re seeing that it’s no longer a requirement for CIOs or other tech leaders to have a technology-related degree,” says iCIMS CTO Al Smith.

In late 2018 and into 2019, a growing number of companies started filling a new C-suite role: the chief transformation officer, as Michael R. Wade, a professor of Innovation and Strategy at IMD’s Global Center for Digital Business Transformation (DBT) explained to Enterprisers Project.

“Not to be confused with the chief technology officer, the CTO’s most common mandate is to harness organizational change to drive new growth,” Wade writes. “Both luxury retailer Neiman Marcus and logistics group UPS appointed their first-ever CTOs this past November, with mandates to commercialize new ideas, spearhead growth initiatives, and facilitate change management. Another U.S. retailer, JC Penney, followed in January this year by appointing its first CTO – responsible for developing the company’s strategic initiatives as it aims to overhaul its 116-year-old business.”

Does this spell trouble for the CIO? Not necessarily. Many times, pundits have predicted the fall of the CIO role – for example, as CMOs gained influence and budget, and then more recently with the rise of chief digital officers (CDOs). That fall never came to pass.

The CIO should view the CDO as an ally, not a threat, says longtime IT chief Anil Cheriyan.

Indeed, the CIO should view the CDO as an ally, not a threat, wrote Anil Cheriyan, formerly SunTrust’s CIO and currently director/deputy commissioner, technology transformation services for the U.S. Federal Government. “There is a notion believed by some that if a company brings on a chief digital officer it indicates that someone else isn’t doing his or her job,” notes Cheriyan.

“I wholeheartedly disagree. In fact, I think hiring a dedicated digital leader is in line with the ongoing evolution of what a CIO should be doing. Creating this role is a great way to deepen business alignment and build better experiences for clients.” (Read the full article for more about how that relationship worked at SunTrust.)

CIOs may also go on to other C-suite roles, such as COO, and in some cases, CEO. CIO.com profiled 3 CIOs who did just that. Check out their tips for making the leap to CEO.

How many CIOs are women?

Swift makes the case that in order to increase that number, companies need to do more than take traditional measures to boost diversity. She recommends several concrete changes: Kill off linear succession, make the CIO role more of a stepping stone to CEO, make more non-technical leaders CIOs, and change the vision of leadership.

“As C-suite roles have increased in strategic importance, organizations have looked to more diverse pools of talent to fill them,” Swift writes.

“The CFO role used to be the exclusive province of CPAs; today that job is often done by former strategy consultants. It’s time for the CIO role to get the same treatment – and as seemingly every company across industries declares itself a 'tech company,' shouldn’t we have more CEOs who have been CIOs? In turn, this means pulling more CIOs into the role from other functional or general management tracks – yielding a greater assortment of women leaders as candidates for the role.

“One might ask, doesn’t this yield unqualified candidates as well? Well, Cisco, GE, Harvard University, Caesar’s Entertainment, and Petco might beg to differ: These organizations plucked female CIOs from areas as diverse as finance, marketing, and supply chain.”

[ Read the full article: Want more female CIOs? Break these 3 rules. Read also: How to develop the next generation of female digital leaders. ]

What is the future of the CIO role?

Reflecting the CIO's expanding digital responsibilities, we have seen an increase in the number of CIOs who have dual titles. For example, Jack Clare serves as chief information and strategy officer for Dunkin’ Brands. Similarly, James Swanson serves as SVP/CIO and head of digital transformation for Bayer Crop Science.

Looking ahead, AI, ML, and RPA also look to change the makeup of the IT organization - and the leaders of it - as more work gets automated. Says Dan Roberts: “We know the future of work, for IT teams in particular, will involve artificial intelligence, machine learning, and robotic process automation. Every assessment of that future says our roles will become less focused on hard technology and more focused on interpreting data, communicating across teams, and collaborating to understand the challenges our technology should address.”

Notes Bill Mayo, CIO, Broad Institute: “We can seize the opportunity offered by a world where agile, public cloud infrastructure, and SaaS solutions have taken so much off IT’s plate, and pursue a new level of collaboration with our technologically savvy business partners."

Mayo continues, "For example, we have worked with one major cloud partner to build a comprehensive training plan to allow scientists across the institute to enhance their expertise building scientific pipelines in the cloud. I still have a team that can help with specialized issues, but by collaborating instead of competing for ‘ownership’ of technology, we are embracing the technical fluency in the organization and the institute is able to accelerate significantly.”

CIOs who have shown early results with digital transformation efforts will continue to be heavily recruited.

Indeed, CIOs who have shown early results with digital transformation efforts (and the related change management skills) will continue to be heavily recruited.

What distinguishes these CIOs?

Stephanie Woerner, research scientist at MIT Sloan’s Center for Information Systems Research, has studied which digital transformation paths work and which don’t. She says it’s imperative to have “great IT and a great CIO.”

IT teams that have this formula down deliver 24 percent higher profitability compared to competitors, MIT-CISR research shows, according to Woerner.

Want to learn even more about the CIO role and career path? Consider our resources:

CIO salary: Stats and trends for 2020

CIO role: Do you have what it takes to be CIO? 7 questions

CIO role: How to prepare for your first board-facing CIO job

From CIO to CXO: How to move into a new role

CIO role: 8 tips to get along better with the CFO

7 ways to win the CIO role you covet

20 ways to create a sense of urgency

[ How does your talent strategy measure up in 2020? Download the Harvard Business Review Analytic Services report: IT Talent Strategy: New Tactics for a New Era. ]

This article was originally published in 2019. It has been updated to include additional information and updated data.

A silver lining to the current crisis: Rethinking work

Want to take your IT team's value to the next level? Commit to strengthening your relationships with these  stakeholders.

Korn Ferry CEO Gary Burnison on the surprising link between remote work and coming together – and why work culture will strengthen.